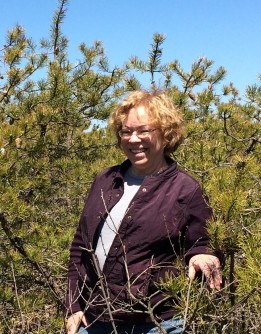 Newswise — Stony Brook, NY, November 13, 2017 ­­ – Population demography of plants, animals and microbes that cause diseases is central to understanding many problems in ecology, evolution and conservation biology. Scientists have had limited information on collections of living populations to understand and predict what happens when you have many populations spread across vast geographic areas. Most research has focused only on local populations at small scales. A study published in PNAS details a new “landscape portfolio” theory that is based on Markowitz’s “portfolio theory” in economics, melded with ecological landscape theory to predict population growth of living things.

Co-author Jessica Gurevitch, PhD, a Professor in the Department of Ecology and Evolution in the Stony Brook University College of Arts and Sciences, and colleagues discovered by using this landscape portfolio theory – verified with data on gypsy moth populations – something surprising occurs: When groups of populations are assessed over a large area, the total numbers of all of them together can grow even when none of the individual populations are growing. This is called “growth inflation” – a concept similar to diversified financial investing and total investment growth.

When growth inflation happens with living populations, the risk of population volatility or plummeting population numbers becomes very small. Synchronicity among the populations was key to their discovery.

“This theory incorporates new developments based on the relationships among populations, which can potentially help scientists better predict geographically widespread growth of populations,” said Professor Gurevitch. “The theory can also offer new insights to growth in fields as diverse as medicine and economics.”

Co-authors of the paper include: Cang Hui from the Stellenbosch University, South Africa; and Gordon Fox, from the University of South Florida.