Investors: Be Wary of Auditor Dismissals for the Rest of the Year 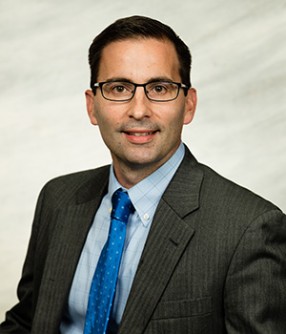 “When trying to make sense of auditor dismissals, it’s best to focus less on what companies say and more on when they say it,” Burks says.

Newswise — As most companies approach the end of their second fiscal quarter, so begins the time of year when investors should be suspicious of companies that dismiss their auditors, according to a new study by researchers at the University of Notre Dame and Ohio University.

Currently under review at The Accounting Review, “Auditor Dismissals: Opaque Disclosures and the Light of Timing” by Jeffrey Burks, Viola D. Hank Associate Professor of Accountancy in Notre Dame’s Mendoza College of Business, and Jennifer Sustersic Stevens of Ohio University finds that the end of the second fiscal quarter marks a sharp dividing line for auditor dismissals. After that point, a dismissal becomes a strong omen for restatements (i.e., financial statement errors) and material weaknesses in internal control. Over the next two years, the odds of a restatement double and the odds of a material control weakness quadruple, after controlling for other factors.

Auditor dismissals are difficult for investors to interpret. Is the company trying to get better or cheaper service from a new auditor, or was the old auditor on the trail of something that the company wanted to hide?

“Our findings suggest that dismissals occurring after the second fiscal quarter are symptomatic of companies that have something to hide,” Burks says. “Common sense would probably lead investors to be suspicious of extremely late dismissals, such as those that happen when auditors are deep into their year-end fieldwork. But we find that investors should apply a similar level of suspicion to dismissals occurring any time after the second quarter. This stands to reason. Companies initially decide whether to rehire last year’s auditor in the first or second quarter, shortly after filing the previous year’s financial statements. This is also the most common time of year to dismiss an auditor. A dismissal occurring later on usually would mean that the company is changing its mind about the first auditor it chose for the year, which is suspicious.”

The authors have one more bit of advice for investors who are trying to understand the implications of auditor dismissals: Be skeptical of the reasons that companies offer.

“Companies seldom admit that disagreements or negative audit findings surround the dismissal, despite SEC regulations that attempt to force transparency,” Burks says. “What companies say about the dismissals has little predictive power for restatements and material weaknesses after controlling for dismissal timing and other factors. When trying to make sense of auditor dismissals, it’s best to focus less on what companies say and more on when they say it.”