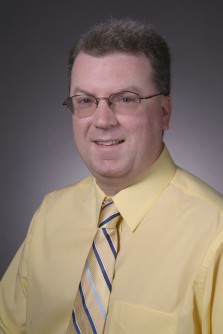 Chad Hart is an associate professor of economics at Iowa State University and an expert on grain markets and agricultural policy.

He's willing to conduct media interviews on the potential of Bayer buying out Monsanto and implications for the agricultural economy.

Chad Hart's bio:I was born and raised in southwest Missouri. My parents raised a few cattle and operated a small meat locker. I received a B.S. in economics with minors in mathematics, history, and astronomy from Southwest Missouri State University in 1991. I then moved to Iowa in the summer of 1991 to pursue graduate education. I received a Ph.D. in economics and statistics in 1999 from Iowa State University.

Upon graduation, I joined the staff for the Center for Agricultural and Rural Development (CARD) at Iowa State. I served as the U.S. Policy and Insurance Analyst with the Food and Agricultural Policy Research Institute (FAPRI) and a Scientist with CARD. For FAPRI, I was responsible for directing econometric and modeling efforts for the crop insurance component of the FAPRI modeling system. For CARD, I served in multiple roles, concluding as the head of the Biorenewables Policy Division and examined the interactions between the agricultural and energy sectors.

I am also a partner in Farm Risk, an Iowa firm that develops revenue insurance products and receives revenue based on policies sold by crop insurance companies.