Irritability in Young Children as a Sign of Deeper Mental Health Issues?

Seeking clues to the factors that contribute to childhood irritability and how it relates to bipolar disorder, autism spectrum disorder, and attention deficit disorder. 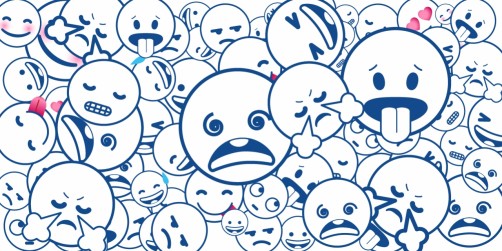 Newswise — Irritability is quite common in young children, but when angry outbursts are frequent and sustained over a long period of time, they could be a sign of deeper mental health issues.

For years, researchers have been trying to determine the causes of irritability and how it relates to bipolar disorder, autism spectrum disorder, and attention deficit disorder.

Christen Deveney, assistant professor of psychology at Wellesley, is working “to improve our understanding of the neurocognitive basis of irritability in order to inform treatments and improve quality of life for these children.”

Children suffering from irritability have low thresholds for frustration, according to Deveney. “It doesn’t take much to provoke them,” she said. “Parents and those who are around them feel like they have to walk on eggshells. The magnitude of the outburst is out of proportion to the provocation. It is difficult for them to calm themselves down. These outbursts occur multiple times a week.”

Deveney said the outbursts are challenging for families and can make it difficult for children to maintain relationships and do well in school. Children suffering from irritability are at increased risk for developing anxiety and depression in adulthood.

Despite its prevalence and its implications in diagnoses of other disorders, research into irritability and its impact on children and their families is still developing.

Deveney and her colleagues in the field hope that measures of brain activity will provide critical insight into the factors that cause irritability and its relationship to other disorders.

In a recently published study in the journal Developmental Psychobiology, Deveney and collaborators including Lauren Wakschlag of Northwestern University and Margaret Briggs-Gowan of the University of Connecticut examined the relationship between irritability and neural markers of response inhibition in young children. As part of the study, preschoolers were asked to play a game that involved pressing a button on a key pad when certain pictures appeared on a computer screen.

Occasionally, a picture appeared that signaled the child not to press the button, which can be tricky for young children. Preschoolers with high levels of irritability had a harder time stopping themselves from pressing buttons when they were frustrated. Their brain activity suggested they were expending more effort to withhold a response than children with lower levels of irritability, said Deveney.