Is a Biological Driver Behind the Need for Self-Fulfillment?

New study asks what it means for humans to realize their full potential; oftentimes it can be tied to passing genes to the next generation 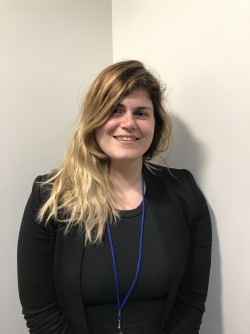 ASU's Jaimie Krems is the lead author of a new study that asks what does it mean to strive for self fulfillment.

Is a biological driver behind the need for self-fulfillment?

Newswise — New study asks what it means for humans to realize their full potential; oftentimes it can be tied to passing genes to the next generation

As human beings, what drives us to higher levels of existence? Once we have satisfied the basics – food, shelter, a mate, children – then what? For many it’s the idea of self-actualization, or realizing our full potential.

But what does self-actualization look like? How do we know when we are doing it? When are we trying to realize our highest potential? Self-actualization is a popular idea—in psychology, business, education and the multi-million dollar self-help industry. Everyone, it seems, wants to realize his or her full potential.

“Despite all of this interest in becoming self-actualized, we still didn’t know what people believed it would mean to realize their full potential,” says Jaimie Arona Krems, a doctoral student in social psychology at Arizona State University, and one of the authors of a new series of studies on what people think it means to be self-actualized. “So we asked them.”

That research, “Individual perceptions of self-actualization: What functional motives are linked to fulfilling one’s full potential?” was published in the early online edition of Personality and Social Psychology Bulletin. Krems and her co-authors, ASU professor of psychology Douglas Kenrick and University of Iowa’s Rebecca Neel, a former ASU doctoral student, drew on ideas from evolutionary biology to challenge some traditional assumptions about what it means to be self-actualized.

“The traditional view of self-actualization saw it as somehow ‘above’ baser physiological and social desires—it sits on top Abraham Maslow’s famous pyramid of needs,” said Kenrick. “In fact, Maslow’s favorite examples of self-actualizing behaviors were going off to play the guitar or write poetry for your own satisfaction.”

“But if you take an evolutionary perspective on human behavior, it seems unlikely that our ancestors would have evolved to solve all the problems of survival, making friends, gaining status and winning mates, just to go off and entertain themselves,” he added. From an evolutionary perspective, developing one’s full potential—by becoming an expert musician, scientist or philosopher—might translate into social benefits, such as winning respect and affection from other members of the group, and even winning the attention of potential mates.

So the research team recruited college students and other adults, and asked them what they would be doing if they were realizing their full potentials right now. They surveyed more than 1,200 people and had them rate the extent to which their answers reflected several fundamental and evolutionarily relevant social motives (e.g., finding friends, seeking status, caring for kin). One of the predictions that the team made was that most people would link pursuing self-actualization to pursuing status (e.g., getting all A’s in school, being famous in their fields of endeavor).

Indeed, people do link self-actualization to achieving status and esteem, a motivation that can and often does translate into “fitness,” or the success of passing genes to future generations. The importance of status was unique to self-actualization, and did not apply to other forms of self-fulfillment.

“Although pursuing status and pursuing self-actualization might feel different,” Krems said, “these pursuits might be rooted in a common motivational system, one that pushes us to go after those biological and social rewards that, in our ancestral past, would have made it more likely that our genes appeared in subsequent generations.”

By finding mates, keeping mates and caring for children, people might feel self-actualized, and they might also be furthering exactly those biologically relevant outcomes that lead to getting their genes into next generations.

“So, the desire for self-actualization isn’t ‘above’ biological and social needs; people’s drive to achieve their own highest potential is all about achieving critically important social goals,” Kenrick concluded.