Is Anything Tough Enough To Survive on Mars? 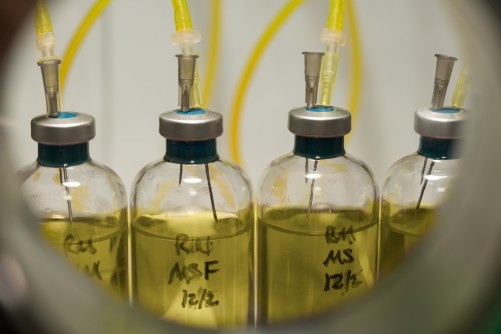 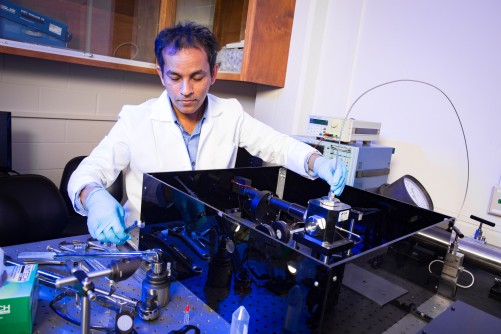 Newswise — Researchers at the University of Arkansas recently took a step toward answering a question for the ages: Is there life on Mars? Answer: they can’t rule it out.

Two recent publications suggest that life, in the form of ancient, simple organisms called methanogens, could survive the harsh conditions found near the surface of Mars, and deep in its soils. Using methanogens to test for survivability is particularly relevant because scientists have detected their byproduct, methane, in the Martian atmosphere. On Earth, methane is strongly associated with organic matter, though there are non-organic sources of the gas, including volcanic eruptions.

Scientists aren’t yet sure what the presence of Martian methane means. But one possibility is that tenacious life flourishes on Mars despite the rocky soil, thin atmosphere and scarcity of liquid water.

“We consider methanogens ideal candidates for possible life on Mars because they are anaerobic, and non-photosynthetic, meaning that they could exist in the subsurface,” said Rebecca Mickol, a Ph.D. candidate at the Arkansas Center for Space and Planetary Science. “Just a few millimeters of Martian regolith is enough to protect the organisms from the dangerous UV and cosmic radiation that hits the surface. Additionally, methane has been detected in the Martian atmosphere, via multiple space-based and ground-based sources, including the Martian rover, Curiosity. Although these findings are still controversial, the presence of methane on Mars is particularly exciting because most methane on Earth is biological in origin.”

Mickol is the lead author on a study titled “Low Pressure Tolerance by Methanogens in an Aqueous Environment: Implications for Subsurface Life on Mars,” published in September in the journal Origins of Life and Evolution of Biospheres. Using the planetary simulator at the University’s W.M. Keck Laboratory, Mickol and her team subjected four species of methanogens to the low atmospheric pressure that would exist in a Martian subsurface liquid aquifer. All four survived the exposure for between three and 21 days.

The underlying idea, Mickol said, is that life is found almost everywhere on Earth, so it’s not out of the question to find it thriving in harsh conditions elsewhere.

“The prevalence of life on Earth, in all kinds of ‘extreme’ environments, and the fact that life arose fairly early on in Earth's history, makes it hard to believe there isn't some sort of microscopic life on the other planets and moons in our solar system,” she said.

Pradeep Kumar, an assistant professor in the Physics Department, is looking at the implications for life deeper on Mars: as far down as 30 kilometers — more than 18 miles — under the planet’s surface. Geothermal models suggest that liquid water could exist at that depth, though it would be under extreme pressure and at high temperature. Nonetheless, water is essential to life as we know it, so researchers base their assumptions on where it might be found.

On Earth, methanogens that survive in hydrothermal environments do so despite a wide range of pressures, pH levels and temperatures. In the test, funded by a grant from the Arkansas Biosciences Institute, sKumar and his team — grad students Navita Sinha and Sudip Nepal of the Center for Space Planetary Sciences and the Microelectronics and Photonics department, respectively; and Timothy Kral, a professor in the Department of Biological Sciences – used a hydrostatic chamber and generated atmospheric pressures as high as 1,200 times that found on the surface. They held temperatures at 55 degrees centigrade, about 131 degrees Fahrenheit, and varied pH levels from 4.96 to 9.13. (A pH level of 7.0 is neutral, below that is considered acidic and above is considered alkaline.)

The results, published in February the journal Planetary and Space Science, show that the methanogen M. wolfeii, one the species Mickol experimented with, survived all pressure and pH levels. In acidic conditions, its growth rate increased with higher pressures. In neutral and alkaline conditions, the growth rate increased initially, then decreased with higher pressures.

“Given the discovery of methane in Martian atmosphere, our study raises an exciting possibility of methanogenic archaea to be a viable organism that can survive and possibly thrive in the subsurface conditions of Mars,” Kumar said.

The search for life on Mars continues. At the very least, we know it could be there. 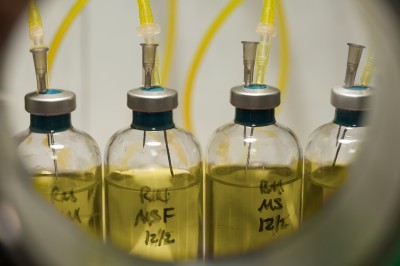 Caption: Methanogens in solution inside a planetary simulator at the University of Arkansas 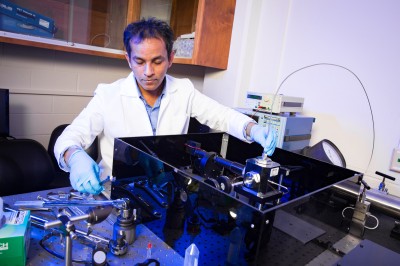 Planetary and Space Science, Feb-2017; Origins of LIfe and Evolution of Biospheres, Sept-2016