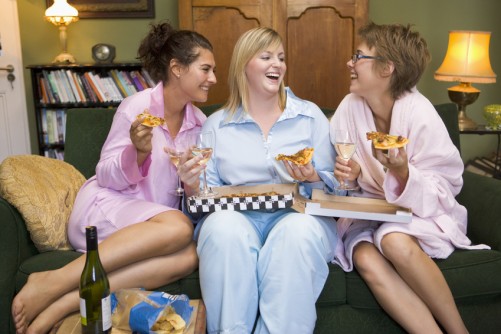 Newswise — Researchers out of Arizona State University recently published an article in the American Journal of Public Health titled “Shared Norms and Their Explanation for the Social Clustering of Obesity”. It looked at why obesity seems to be common in some families and groups of friends. Along the lines of the old saying, “Birds of a feather flock together,” the study showed that people do cluster according to size, but few clues explain why. “Although inconclusive, this study has provided some important information about trends in obesity and the public health implications”, according to co-authors Dian Griesel, Ph.D. and Tom Griesel of the new book, TurboCharged: Accelerate Your Fat Burning Metabolism, Get Lean Fast and Leave Diet and Exercise Rules in the Dust (BSH, 2011). "Obese families and friends usually have two things in common: food choices and activity levels or more accurately, lack of activity. Obese parents tend to raise obese children. Obese family and friends hang out and eat the same kinds of detrimental foods and participate in the same kinds of detrimental habits," say the Griesel's. Yet, it is interesting that most people do not want to be obese. Study participants revealed that if given the choice, they would select some pretty serious diseases like alcoholism, depression or herpes instead. In fact, 25.4% preferred severe depression and 14.5% actually preferring total blindness over obesity! So why are they stuck? Does a rising frustration level from past dieting efforts result in permanent discouragement and a resolve to be fat? Or is “misery loves company,” another “clustering” clue? The Griesel’s say: “Obesity is not from lack of will-power but rather the result of bad diet and exercise advice. It is difficult to follow the usual prescription for 30-90 minutes of aerobic exercise 5-6 times per week. Add the usual recommendations of a reduced calorie, “balanced” diet based around the USDA food pyramid and you have a recipe for failure. Sugar is too often a prevalent ingredient in packaged and refined foods that are so often touted as ‘healthy’. With the consumption of all these low nutrition manufactured foods, the body is left craving more in an attempt to make up for the deficit. Consequently an unhealthy cycle begins.” For more information, please visit: www.turbocharged.us.com To purchase a copy of TurboCharged, please visit: www.amazon.com/dp/1936705001