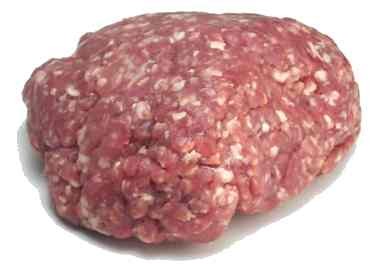 It’s grilling season; do you know if your turkey burgers are safe to eat?

Newswise — Salmonella poisoning involving ground turkey has hit Cook, DuPage and Will counties and four other locations throughout Illinois related to what is now the third-largest meat recall in U.S. history.

“This is the biggest Class I recall to date and involves some 36 million pounds of ground turkey that may be contaminated with a multi-drug resistant strain of Salmonella Heidelberg. This is a lot of meat with a reasonably high health hazard of food poisoning. No one is happy when eating food causes health problems or death,” says Dr. Jorge Parada, director of infection prevention and control of Loyola University Health System.

“Almost 2,500 strains of Salmonella exist but Salmonella Heidelberg is more resistant than most strains and has been identified in all cases in this outbreak.”

Cargill Inc. has nationally recalled 36 million pounds of ground turkey due to Salmonella poisoning and nearly 80 victims from 26 states have been infected and one person has died.

“By following some basic rules of good hygiene and carefully adhering to basic cooking guidelines, most people will avoid illness,” he said. “Cook meat thoroughly and, during preparation, keep raw meat separate from foods that will not be cooked and do not share utensils such as cutting boards.” Do I Have Salmonella Posioning?

Dr. Parada says that people infected with Salmonella poisoning can suffer from a variety of symptoms, from upset stomach and diarrhea to other flu-like symptoms including fever and severe illness. Those with general good health often recover even without medical treatment. Here are tips from Dr. Parada to help you identify whether your symptoms might be due to Salmonella poisoning: Abdominal cramping, diarrhea and fever occurring 12 to 72 hours after infection are typical symptoms of food poisoning, including Salmonella poisoning.

Be prepared to spend 4 to 7 days reecovering and plan to rest and drink lots of fluids. Hospitalization due to Salmonella poisoning is rare but the young, old and chronically ill need to be very careful to avoid dehydration due to diarrhea.

Antibiotics are sometimes used to treat those infected with Salmonella poisoning but most people, in overall good health, will be able to recover without medication.

How to Prevent Salmonella Poisoning

In addition to checking your kitchen for recalled Cargill ground turkey products, Dr. Parada recommends these tips for prevention of Salmonella poisoning:

Keep raw turkey refrigerated within two hours after purchase, or one hour if temperatures exceed 90 degrees.

Cook ground turkey to a minimum internal temperature of 165 degrees to kill Salmonella bacteria and use a meat thermomeeter for accuracy; don’t guesstimate.

Keep raw ground turkey separate from foods that will not be cooked, such as fruits and vegetables to avoid potential contamination.

Wash hands well with soap and water , as well as any utensils, after touching raw turkey.

Salmonella Is Not UncommonDr. Parada says 10 to 15 percent of ground turkey in the United States is contaminated with Salmonella, making it one of the most difficult foodbourne pathogens to control in the nation.

“Ground turkey is perceived as a more healthful alternative to ground beef so popularity has soared, especially in this, our primary grilling season,” said Dr. Parada. “People need to follow proper food-preparation precautions so that it remains a healthy source of protein.”