Is Spring Getting Longer? Research Points to a Lengthening “Vernal Window” 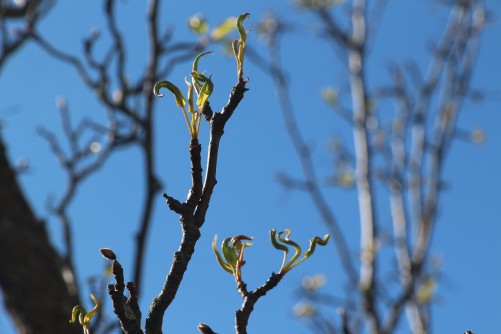 Newswise — DURHAM, N.H. – With the first day of spring around the corner, temperatures are beginning to rise, ice is melting, and the world around us is starting to blossom. Scientists sometimes refer to this transition from winter to the growing season as the “vernal window,” and a new study led by the University of New Hampshire shows this window may be opening earlier and possibly for longer.

“Historically, the transition into spring is comparatively shorter than other seasons,” said Alexandra Contosta, a research assistant professor at the University of New Hampshire’s Earth Systems Research Center. “You have snow melting and lots of water moving through aquatic systems, nutrients flushing through that water, soils warming up, and buds breaking on trees. Something striking happens after a very cold winter or when there’s been a lot of snow. Things seem to wake up all together, which is why spring seems to happen so quickly and can feel so dramatic.”

However, research shows that the Northern Hemisphere snow cover extent has declined significantly in the past 30 years. To see if this may be influencing the so-called vernal window, or the transition from winter into spring, Contosta led a team of scientists that collected data from a network of New Hampshire EPSCoR soil and water sensors installed across the state. They monitored snow levels and the forest canopy for three years. Their information was supplemented with climate and satellite data along with precipitation and stream data collected by more than 100 volunteers across the state. They not only looked at dates when certain events occurred that marked the seasonal transition, such as the melting of snow and the emergence of leaves in trees, but also the time period between these events. Their findings, published early online in the journal Global Change Biology, showed that warmer winters with less snow resulted in a longer lag time between spring events and a more protracted vernal window.

This type of changing timetable for spring may have potential ecological, social, and economic consequences that Contosta and her team are currently investigating. Agriculture, fisheries, and even outdoor recreation activities can be highly dependent on the timing of springtime climate conditions. A longer spring could mean a longer mud season requiring more road repairs and truck weight restrictions, a possible shift in the duration of the sugar maple season, or earlier lake thaw which might have implications with migratory birds. The ice melts earlier, but the birds may not have returned yet, causing a delay, or lengthening, in springtime ecological events.The researchers plan to test their conclusions with data from a larger geographic area and over longer periods.

This research was supported by award EPS-1101245 from the National Science Foundation.The University of New Hampshire is a flagship research university that inspires innovation and transforms lives in our state, nation and world. More than 16,000 students from all 50 states and 71 countries engage with an award-winning faculty in top ranked programs in business, engineering, law, liberal arts and the sciences across more than 200 programs of study. UNH’s research portfolio includes partnerships with NASA, NOAA, NSF and NIH, receiving more than $100 million in competitive external funding every year to further explore and define the frontiers of land, sea and space.