It is not just Sharia law: The Taliban, Pastunwali and Afghan Women 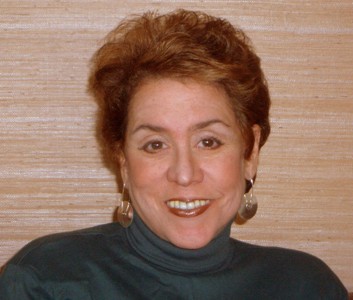 Maxine L. Margolis is a Professor Emerita of Anthropology at the University of Florida.

Newswise — As someone who has written about women in Afghanistan, specifically Pashtun women, the ethnic group to which the Taliban belong, I have followed the return of the Taliban and the effect it will have on Afghan girls and women with ever increasing dread—and for good reason.

Days after taking over the country, the Taliban promised to treat women fairly, but then told working women to stay home until there is “a system in place” to keep them safe and formed a ruling government that excludes women.

While the Taliban has roots in an extreme form of Islam, its beliefs and practices are also grounded in the less widely recognized traditional tribal conventions of the Pashtun and it is this customary tribal law that provides the clearest insight into Taliban behavior and ideology regarding gender roles and the position of women.

How does this code of conduct impact women? According to the code, the sexual honor and general comportment of females are crucial elements in male honor. The girls and women for whom a Pashtun man is responsible must always conduct themselves in a manner in keeping with Pashtun social traditions. In the Pashtun worldview, the honor of a man and the honor of all females in his household are tightly interwoven. A woman with a questionable reputation dishonors her entire family, most especially its males.

A vital element in maintaining female honor and virtue is “purdah” or seclusion, that is, a woman’s limited access to the world outside her own household. Such a severe measure stems from the importance ascribed by “Pashtunwali” to the way in which other Pashtun evaluate an individual’s behavior. A woman who remains in the home and is nearly invisible to outsiders cannot dishonor herself or her male relatives.

We can see how these demands for female honor and virtue shaped the period of Taliban control over much of Afghanistan in the late 1990s. Constraints on females that arose from Sharia law and Pashtun tribal code were both extraordinarily severe and all-encompassing, from how they could dress to how they were required to conduct themselves in public

Women’s faces were made to disappear from public view. It was not permissible to photograph or film women, and pictures of women on billboards and in newspapers, magazines and books and in shop windows were proscribed. It has been reported that as the Taliban entered Kabul in mid-August, photos of women in beauty salons were quickly covered up.

Yet all these prohibitions do not provide a complete picture of the trials that women had to endure during the previous era of Taliban rule.

The rules governing women’s lives were not just restrictive; sometimes they were also life threatening. Women could not seek medical treatment from male physicians even if they were the only health practitioners available. Because women were terrified of leaving their homes and being arrested and beaten for minor infractions, many were reluctant to go out in public at all, even to receive needed medical care.

What will happen now? Will the Taliban revert to their old ways? Although Taliban spokesmen have said the regime does not want “women to be victims” and that women may participate in society “within the bounds of Islamic law,” the caveat here is Islamic law.

After all, it was Islam that the Taliban cited as the authority for the restrictions on women put in place at the height of their power in the late 1990s. But there is also the role that the Pashtun tribal code plays in this scenario. The strength of the fundamentalist brand of Islam practiced by the Taliban, along with the strictures placed on women by the Pashtun tribal code, make it unlikely that the Taliban will mend their ways.

Maxine L. Margolis, Professor Emerita of Anthropology at the University of Florida, is the author of Women in Fundamentalism (2020).