Collado joins leaders from 27 institutions in taking on the challenges facing higher education. 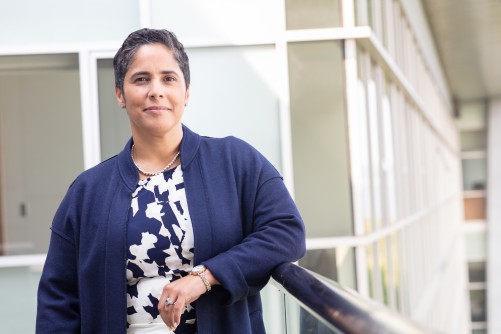 Newswise — Ithaca College President Shirley M. Collado has accepted an appointment to the Council of Presidents, an influential committee of the Washington-based Association of Governing Boards (AGB) of Universities and Colleges. The 27-member council represents the interests of the presidents and trustees of the AGB, and includes leaders ranging from large, statewide systems to small, private liberal arts colleges.

The AGB includes 1,900 member colleges, universities and related foundations, and is a highly regarded not-for-profit organization that advocates on issues of governance in higher education.

“We look for leaders who are highly respected, innovative and who have a clear understanding of the changes and challenges in front of higher education,” said Rick Legon, AGB president. “We believe that Shirley Collado fits that mold and will add substantially to the work of AGB Council of Presidents.”

Collado is a champion for diversity and inclusion, collaboration, innovation and equity in higher education. Now in her second year as Ithaca College president, she has held a range of executive leadership positions at public and private institutions during her 16 years in higher education. These include executive vice chancellor and chief operating officer at Rutgers University-Newark and professor of psychology, dean and vice president of student affairs at Middlebury College. Collado also is a trustee on the Board of Trust at Vanderbilt University.

“I am excited about the opportunity to serve on the Council of Presidents, and to represent Ithaca College in a forum that addresses and advises on the most critical issues affecting our nation’s colleges and universities,” Collado said. “I look forward to engaging with other national leaders around these issues, and bringing IC’s perspective to the table in conversations that will help shape the future of higher education.”

Collado begins her three-year appointment at the council’s annual meeting, October 21-22, in Washington. Among topics on the agenda are new competition in higher education from both old and new institutions, standards of transparency between boards and presidents, and online education initiatives.

As the AGB’s only formal advisory board, the President’s Council has helped shape some of AGB’s more significant initiatives over the years, including recent projects on controlling institutional costs and on guiding oversight of educational quality, Legon said. AGB services include consulting, lobbying, staging conferences and workshops, and developing books, videos and other resources on trends and best practices.

Collado is a first-generation college graduate who grew up in Brooklyn, NY. She received a bachelor of science degree in psychology from Vanderbilt and earned master’s and doctorate degrees in clinical psychology from Duke University.  She has taught at a number of institutions, including George Mason University, Georgetown University, Lafayette College, Middlebury College, the New School and New York University.