Bilingual Children Have a Two-Tracked Mind 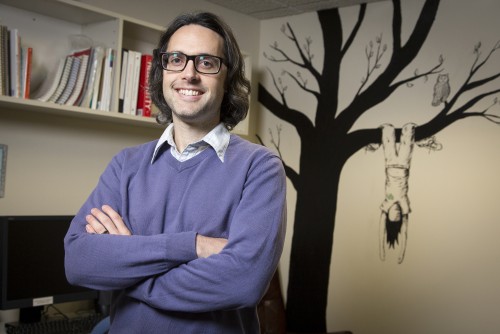 Newswise — Adults learning a foreign language often need flash cards, tapes, and practice, practice, practice. Children, on the other hand, seem to pick up their native language out of thin air. The learning process is even more remarkable when two languages are involved.

In a study examining how bilingual children learn the two different sound systems of languages they are acquiring simultaneously, Ithaca College faculty member Skott Freedman has discovered insights that indicate children can learn two native languages as easily as they can learn one.

“At first glance, the process of learning a language can seem incredibly daunting,” said Freedman, an assistant professor of speech language and pathology and audiology. “Environmental input presented at a fairly rapid rate must be mapped onto detailed representations in the brain. A word’s meaning, sounds, and grammatical function all must be extracted from the incoming speech stream. Yet this potentially arduous task is typically executed with little effort by children barely a year old. In fact, studies show that children can learn a word in as little as one exposure.”

But how complex is the process when a child grows up learning two languages?

“It has commonly been debated whether a bilingual child has one large set of sounds from both languages or, conversely, two separate sound systems,” Freedman said. “A way of testing this theory is to measure a child’s language productions in both languages using some measure of complexity and then comparing the two languages.”

Freedman’s study measured complexity in terms of the word shape, such as the presence of word-final consonants and consonant clusters. He also measured the degree to which the children could approximate their languages. For example, if a child said “tar” for the word “star,” he or she produced three of four possible sounds, therefore approximating the word with 75 percent accuracy.

“A hypothesis proposed several years ago predicts that, though bilingual children may differ in their productions between languages, they will nevertheless maintain a similar level of overall approximation,” Freedman said. “The hypothesis was confirmed in a study using an English-Hungarian bilingual child, but no study to date has tested the hypothesis in Spanish, the fastest-growing language in the United States.”

“While bilingual children produced more complex forms in Spanish than in English, they nonetheless approximated English and Spanish to the same degree. Perhaps while learning a language, some inner algorithm determines how much one needs to articulate in order to be understood regardless of the different kinds of sounds between languages. Otherwise, children should have been more easily understood in Spanish.”

In addition, Freedman found that no production differences emerged between the bilingual children and their monolingual counterparts in English or Spanish, indicating a sufficient amount of independence between a bilingual child’s two sound systems.

“Bilingual children manage not only to learn two sets of words at one time and keep these two systems separate, they even keep the two sound systems separate,” Freedman said. “This result makes a case against not exposing children to more than one language at birth because they might be confused or overwhelmed.”

The results of Freedman’s study were published in the December 2012 issue of the “International Journal of Bilingualism.”