Award is part of $8.7 million effort across eight institutions in United States and Europe 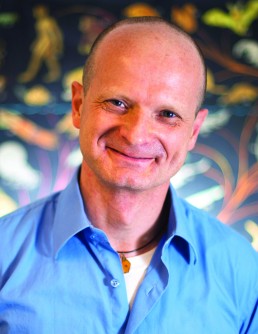 Newswise — Award is part of $8.7 million effort across eight institutions in United States and Europe

BLOOMINGTON, Ind. -- An Indiana University biologist is part of the world’s largest coordinated project on the study of evolutionary biology as the recipient of  $1.25 million from a foundation promoting the advancement of science and philosophy.

The grant to Armin Moczek, a professor in the IU Bloomington College of Arts and Sciences' Department of Biology, and colleagues at IU, is part of an $8.7 million award from the John Templeton Foundation. The IU team will lead three of 22 projects that span nearly 50 scientists at eight institutions in the United States, Great Britain and Sweden.

The collaboration is part of an international effort to systematically study proposed extensions and revisions to the theory of evolutionary biology under a framework dubbed the "extended evolutionary synthesis."

The grant was inspired by two articles co-authored by Moczek and other internationally respected leaders in the field of evolutionary biology. The articles were published October 2014 in the journal Nature and August 2015 in the Proceedings of the Royal Society B: Biological Sciences.

The papers, which outline several increasingly accepted mechanisms that contribute to changes in organisms over time, urged that the theory of evolutionary biology expand to more fully recognize and integrate these processes.

"We're excited for this opportunity to systematically carry out empirical research related to this new framework," Moczek said. "This generous support will allow us to test the assumptions and predictions of this unique conceptual framework in a way that cannot be accomplished by a single person or team, but rather requires coordinated effort by diverse researchers across multiple disciplines."

"This is an extremely exciting cooperative endeavor," added Scott Gilbert of Swarthmore College, an expert on evolutionary development who is not a part of the grant. "Recent studies, such as those in Armin's laboratory, have shown that the environment can provide signals that help direct the development of organisms, and that the organisms provide signals that can modify their environment. The question isn’t whether this occurs but rather whether these factors are critical in evolution. To study that, one needs multiple interacting groups of scientists."

A key aspect of Moczek and colleagues' conceptual framework is the idea that organisms are constructed in development, not simply programmed by a genome, and that living things do not solely evolve to fit into pre-existing environments but rather help construct and modify their environments, changing the ecosystem in the process.

As a consequence, the framework views how organisms develop and behave as playing a key role in shaping the direction and rate of evolution, and it makes room for inheritance to occur through non-genetic means such as symbionts, learning or culture, as well as genetics.

But the framework is a revision, not a revolution, Moczek said. It states that the traditional view of evolution is not incorrect but rather incomplete, unable to fully account for how and why species change across time the way they do.

At IU, Moczek and colleagues will lead three projects. The first will examine the evolutionary significance of developmental plasticity -- or the ability of an organism to modify development in response to environmental conditions -- in horned beetles, a group of species whose study as a model system for evolutionary development was pioneered by Moczek.

The second, also led by Moczek, will use horned beetles to examine the role of environment-modifying behaviors, such as constructing nests, and microbial symbionts, such as the gut bacteria that parents pass along to their offspring, on adaptive evolution.

The third, led by Michael Wade, IU Distinguished Professor in the Department of Biology, in collaboration with Moczek, will develop theoretical models to explore the evolutionary dynamics that arise when multiple species and their genomes influence each other's development and environment, such as in complex symbiotic relationships. These models will then be put to the test using horned beetles, their bacterial microbiome and symbiotic nematode worms.

The grant also will support the participation of three post-doctoral researchers, as well as workshops, conferences, laboratory supplies and genetic sequencing at IU's Center for Genomics and Bioinformatics. In addition, the IU College of Arts and Sciences and University Graduate School will provide support for two graduate students over the three years of support from the grant.

Research on the project will coincide with the start of support from the grant in September.