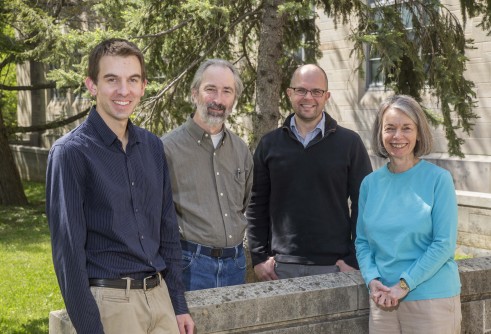 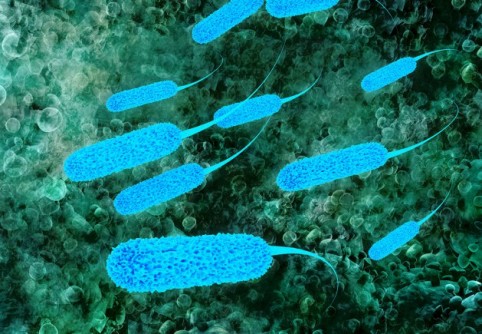 One of the primary species to be studied is the rod-shaped bacterium E. coli, which is commonly found in the lower intestine of warm-blooded organisms.

Newswise — BLOOMINGTON, Ind. -- Indiana University biologists will receive over $6.2 million from the U.S. Army Research Office to study how bacteria evolve in response to both their internal, population-influenced environments and their external natural environment.

IU Distinguished Professor of Biology Michael Lynch will lead a team that includes four laboratories in the IU College of Arts and Sciences’ Department of Biology:• Lynch’s lab, where the focus is on population genetics and genomic evolution.• Professor Patricia Foster’s lab, where work has centered on DNA mutagenesis and repair.• Assistant professor Jake McKinlay’s lab, which is studying the metabolism and evolution of microbial cooperative interactions.• Associate professor Jay T. Lennon’s lab, where work is being done on the evolutionary consequences of starvation and dormancy in microbial populations.

The Defense Department’s Multidisciplinary University Research Initiative grant, which will provide the funding over the next five years, specifically supports teams of scientists whose research efforts intersect more than one traditional discipline and which are poised to accelerate research progress to practical applications of importance to the department.

The team will work to advance the understanding of the mechanisms by which bacterial populations evolve in response to selective changes like population, food availability and relationships with other species. Since the work will involve sequencing entire genomes in replicated populations under various treatments, scientists for the first time will be able to precisely pinpoint the molecular mechanisms of evolutionary change -- both adaptive and non-adaptive -- and the degree to which patterns and responses are both repeatable and predictable.

With repeatable, predictable results, the work would be expected to have important practical applications related to human health issues like pathogens, the human microbiome and bioterrorism agents; energy and food production as it relates to biofuels, agricultural pests and symbionts; and the fouling of physical structures, for example, by biofilms that can cause respiratory infections, prosthetic device damage, pipe corrosion and ship hull damage.

The new award comes four years after Foster and Lynch, with roles reversed as principal investigator and co-principal investigator, respectively, received a $6.5 million Multidisciplinary University Research Initiative grant to study prokaryotic genomic instability through mutation accumulation experiments in bacteria. Through that previous award, IU researchers and others studied the mutational processes in dozens of bacterial species -- and eventually some eukaryotic species -- and investigated how the bacteria’s genetic makeup affects mutational processes. That work is having a revolutionary effect on scientists’ understanding of how mutation rates evolve across the tree of life.

“Those experiments were all done under ideal lab conditions for each species, with an excess of food and a lack of competition,” Lynch said. “However, if we want to understand what is happening to bacteria out in nature, or in our intestines, we need to move on to experimental situations that are somewhat more realistic.”

“In nature most bacteria are constantly subjected to feast-and-famine cycles, and they are constantly competing, or occasionally cooperating, with other species and genotypes of their own species for limited resources,” he said. “Now that we know the rates and flavors of mutations arising spontaneously, we are ready to ask how this input of variations is translated into evolutionary change in a less-than-ideal world.”

The four laboratories will be supported by an exceptional array of resources already located at IU. The Indiana Molecular Biology Institute will provide the equipment required for conventional sequencing; the Center for Genomics and Bioinformatics will construct all the libraries of high-throughput sequencing; and the National Center for Genome Analysis Support will provide cutting-edge computational facilities. The lone co-investigator not at IU, the University of Chicago’s professor D. Allan Drummond, is a specialist in the field of proteomics -- the study of protein structures and functions. About half the dry weight of bacteria cells is protein, and most phenotypic change from mutations are revealed at the protein level through alterations in gene expression or protein function.

Through a series of long-term, replicated experimental evolution studies, the team hopes to reveal the molecular causes and consequences of evolution in response to changes in the internal population-genetic environment and the external natural environment. The team will first study random genetic drift, mutation rate evolution and the accumulation of adaptive molecular change in 100 replicated cultures of Escherichia coli grown at several different densities, with two different cell lines differing in mutation rates of about 140-fold, but in otherwise identical physical environments.

The team will then conduct a study of evolution in resource-limited environments by analyzing one-, 10- and 100-day nutrient replenishment cycles on seven different species, including E. coli, in order to evaluate whether starvation increases DNA replication and transcription error rates. A third phase is a study of the evolutionary consequences of a mutualistic interaction, in this case a bioengineered relationship between E. coli and Rhodopseudomonas palustris, a bacterium that has the ability to switch between four major modes of metabolism that support life.

In these settings, the researchers hope to develop and integrate evolutionary genetic theory using new data on the correlation of evolutionary rates with population size and mutation rate (phase 1), by developing a framework for understanding evolution in a changing environment -- for example, whether an increase in mutation rates during stress is an adaptation or a pathological response to poor environmental conditions -- (phase 2), and by painting a clearer picture of the evolutionary consequences of mutualistic interactions between species (phase 3).

Larry Singell, executive dean of the College of Arts and Sciences, noted that the Department of Defense received 361 Multidisciplinary University Research Initiative proposals from the nation’s leading universities, 88 of which were selected for detailed review before 24 were chosen for funding. Of those that were funded, only two -- IU’s and a skin-microbe interactome project led by Johns Hopkins University -- were in the life sciences.

“The MURI grant is extremely competitive,” Singell said. “With so many institutions vying for these funds, this award is a testament to the strength of our microbiology and evolution faculty and the superb grantsmanship of the principal investigators.” 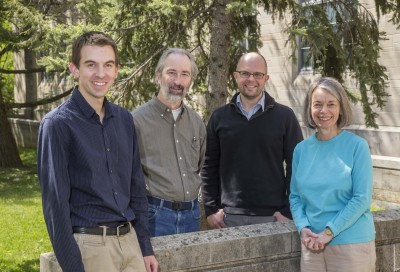 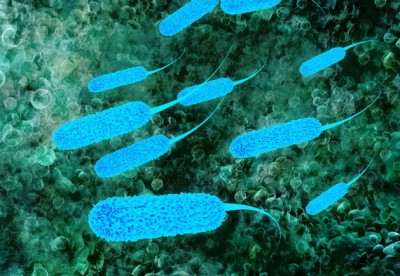 Caption: One of the primary species to be studied is the rod-shaped bacterium E. coli, which is commonly found in the lower intestine of warm-blooded organisms.