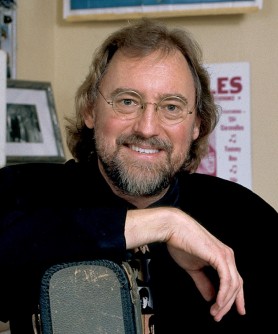 The Beatles' appearance on "The Ed Sullivan Show" on Feb. 9, 1964, marked the true arrival of the '60s, as the Beatle-boomers rumbled to life and began the transformation into the Woodstock Nation.

That journey was driven in no small part by a generation's emulation of the Beatles at every step, beginning with hairstyles and ending with a nonconformist worldview in complete opposition to the values of their parents, the government and most other symbols of authority, said IU Jacobs School of Music professor Glenn Gass, who teaches what is believed to be the longest-running course on the Beatles in existence.

"We couldn't have imagined the Beatles in our wildest dreams, and then, suddenly, there they were, right in front of us, perfect and astonishing. We took one look and shouted a collective 'Yes!' It was Elvis all over again, the second great rock moment. An entire generation snapped into focus, nodded its collective assent -- and the '60s were on."

Glenn Gass is a Provost Professor of Music at the Indiana University Jacobs School of Music, where he teaches courses that he developed on the history of rock music, including a course on the Beatles he has offered since 1982 that is believed to be the longest-running course on the Beatles in existence. Gass can be reached at [email protected]. For additional assistance from IU Communications, contact Bethany Nolan at 812-855-6494 or [email protected]