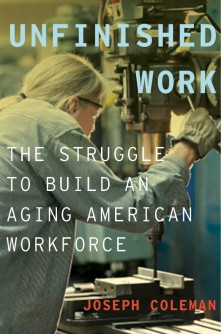 "Unfinished Work: The Struggle to Build an Aging American Workforce" 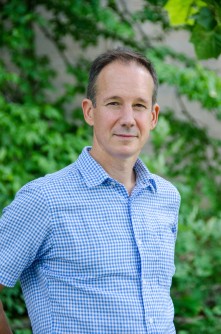 Newswise — BLOOMINGTON, Ind. -- As chief of the Associated Press’ Tokyo bureau, Joseph Coleman wrote a story about an agricultural cooperative in southwestern Japan where organizers put aging residents to work selling leaves and flowers as seasonal garnishes for high-class restaurants.

The project showed it was possible to operate a thriving business with an older workforce, and it helped spark an idea for a book that took Coleman, the Roy W. Howard Professor of Practice in The Media School at Indiana University, to four countries to research how businesses, governments and individuals deal with the aging workforce.

The result is "Unfinished Work: The Struggle to Build an Aging American Workforce," published by Oxford University Press.

“For a variety of reasons, we will want to or have to work later in life,” Coleman said. “One of the great challenges for societies and companies is to develop effective strategies to make room for older workers in the workplace.”

Coleman began writing stories on Japan’s rapidly aging society during his years in Tokyo, from 2004 to 2008. “In Japan, life expectancy is among the highest, and fertility rates are among the lowest in the world,” he said.

But he discovered the trend wasn’t unique to Japan. In fact, it is just one of the consequences of economic development in capitalist economies.

In industrialized societies, having children or larger families is expensive, he said. Fewer children mean fewer people to fulfill workplace demand, and fewer people supporting social programs and national pension systems. Raising the retirement age is one way economies are offsetting this trend.

“This is something the many countries will face sooner or later,” he said.

Once the idea of a book germinated, Coleman started reading everything he could about the subject, including government and academic reports, books, news articles and websites. He contacted nongovernmental organizations that specialize in helping low-income unemployed older workers find jobs. He also reached out to companies known to employ older workers.

“I was looking for companies that for one reason or another found it advantageous and profitable to hold on to or attract older workers,” Coleman said.

Coleman received two grants through the Abe Fellowship, offered by the Social Science Research Center in Brooklyn, N.Y., to aid him in his research. He received his first Abe Fellowship for Journalists in 2009, which funded six weeks of research in Japan in 2010 for a series of stories on older workers there. In 2011, he won an Abe Fellowship for the book project, becoming the first person to win both fellowships. That funded trips to Japan, France and Sweden and around the U.S. during the last two years. In total, Coleman traveled 50,000 miles to conduct reporting for the book.

Coleman said that while his book contains a lot of academic and economic information, that isn’t his main focus.

“What I was most concerned with in this book is bringing to life the stories of individuals grappling with this issue. Those individuals include workers, employers, policy-makers and researchers,” Coleman said.

Though Coleman looks at the aging workforce as a global issue, much of the book addresses people in the U.S. He interviewed dozens for the book, including a 54-year-old Illinois man who struggled through three years of unemployment and filled out 800 job applications during the recession before getting a job. Coleman also went to Sarasota, Fla., to talk to several aging baby boomers who still are working. He interviewed the owner and aging workers at a company in Japan that makes the nose cones for bullet trains.

Of the myriad reasons people work longer, finances usually are part of the equation. In the United States, Coleman said the private pension system is eroding, so people have less guaranteed money at retirement. At the same time, unemployment can hit workers in their 50s, just as they are juggling mortgages, car loans and their children’s college bills, forcing them to burn through their savings. People need to be saving more, and, according to Coleman, they’re not doing it.

“People underestimate how much they’ll need, and how long they’re going to live,” Coleman said.

Coleman said the scope of the issue and the depth of the reporting were challenging, but overall it was a great experience. He said the issue is one people of industrialized countries need to start thinking about.

“We created a whole new chapter of life through medical science,” Coleman said. “Now we have to figure out what to do with that.” 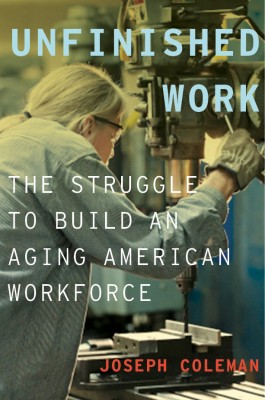 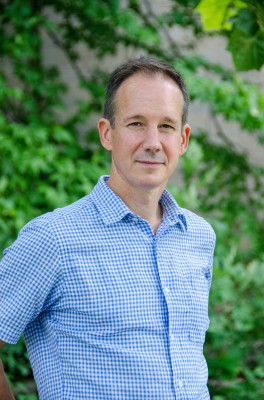 Aging In the Workplace Local - Indiana