IU Olympics Expert: Like Zika, the Chikungunya Virus Is an Important Public Health Concern in Rio 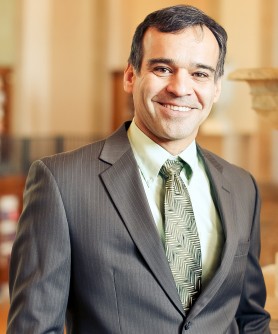 Recent explosive outbreaks of Zika and chikungunya viruses throughout the Americas has raised concerns about threats that these diseases may pose to the Rio Olympic Games. Particularly, the possibility that these viruses could be transmitted worldwide through spectators and others attending the Games.

Max Jacobo Moreno-Madriñán, an assistant professor of environmental health science at the Richard M. Fairbanks School of Public Health at IUPUI, said that while most attention has been placed on Zika, a bigger concern could be Chikungunya, which causes severe muscle and joint pain and is often misdiagnosed as Dengue fever.

“Vector transmission of these viruses is strongly dependent on socioeconomic and climatic conditions,” Moreno-Madriñán said. “Because of the colder temperature in Rio during this time of the year, and possibly decrease in the number of susceptible individuals, public health authorities have detected a decreasing number of infections for Zika virus, Chikungunya virus and Dengue since a couple of weeks ago.

“Indeed, Chikungunya could even be a greater concern than Zika since not as many individuals have been infected with chikungunya virus in Rio as there have been with Zika virus, so there are lots of susceptible,” he added.

Moreno-Madriñán, who originally from neighboring Columbia, noted that the surveillance secretary in Rio is taking measures to provide mosquito control at key locations for the Games and where athletes are staying. But he also cited that Brazil is going through a difficult crisis period.

“Climate change, globalization, poverty and urbanization represent risk factors for the geographical redistribution of these diseases, but Zika virus specifically has the additional concern of being the first arbovirus that could go worldwide even in places with no vector history due to the possibility of sexual transmission,” he said.