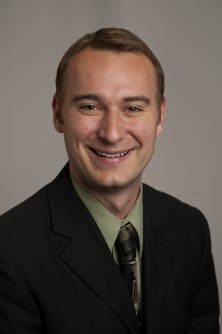 While 17,000 athletes and coaches compete for one of 300 gold medals being awarded at the 2016 Rio Olympics, an experienced criminal element is expected to vie for the spoils from them and the half million spectators expected to attend the games, according to Scott Shackelford, associate professor of business law and ethics in the IU Kelley School of Business in Bloomington and a noted cybersecurity expert.

"For criminals, the Olympic Games afford a target-rich environment in which visitors from around the world converge in a place already well known for its cyber insecurity," Shackelford said. "In fact, one survey named Brazilian firms as having the worst cybersecurity in South America, if not on the planet."

"But the games are more than just a mega event for tourists. They also afford a golden opportunity for politically motivated hacktivists, as well as nation states, to have their views heard," he added. "From interrupting the opening or closing ceremonies, to interfering with timers and tracking programs, to targeting vulnerable critical infrastructure around venues, the games present a wealth of cyber insecurity even for the most prepared hosts.

"Unfortunately, to date it seems that cybersecurity has taken a back seat to other concerns on the run up to Rio, but it would not take much to put them on the front burner. Just ask the Democratic National Commitee."

Shackelford teaches cybersecurity law and policy at Kelley and is a senior fellow at the Center for Applied Cybersecurity Research, a national fellow at Stanford University’s Hoover Institution and a term member of the Council on Foreign Relations. He is author of the recent book "Managing Cyber Attacks in International Law, Business and Relations: In Search of Cyber Peace (Cambridge University Press)."