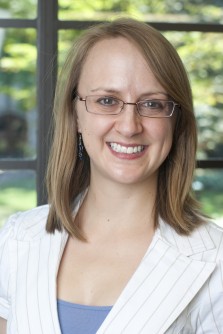 Newswise — BLOOMINGTON, Ind. -- An Indiana University study of reactions to the 2011 death of Apple co-founder Steve Jobs suggests health communicators have a critical window of opportunity after a public figure dies to disseminate information about disease prevention and detection.

Lead author Jessica Gall Myrick, assistant professor in the IU School of Journalism, said 7 percent may seem low, but if applied to the U.S. population as a whole, it would constitute a significant number -- more than 2 million people -- who would have chosen to educate themselves about a specific type of cancer.

“In the medical community, there has been a big push to try to educate the public about the nuances of cancer,” Gall Myrick said. “It’s not just one disease; it’s a lot of different diseases that happen to share the same label. Celebrity announcements or deaths related to cancer are a rare opportunity for public health advocates to explain the differences between cancers, and how to prevent or detect them, to a public that is otherwise not paying much attention to these details.”

One unexpected result of the study is that racial minorities and people with fewer years of education were more likely to identify with Jobs, and to follow up and seek further information about pancreatic cancer after his death.

“Because there are large racial disparities in the incidence of many cancers, much focus is on such populations,” the authors wrote. “Unfortunately, the population of individuals who may need cancer education the most often seek out cancer information the least -- especially particular low-income and racial minority populations for whom cancer is more prevalent. This makes our results fairly surprising, and it suggests that in certain contexts, cancer prevention, detection and communication efforts directed toward disparity populations may find an approach that uses relevant public figures and celebrities as useful.”

The survey found that in the days after Jobs’ death:

*97 percent of participants correctly identified pancreatic cancer as the cause of his death.

*74 percent had conversations about him.

*36 percent sought information about how Jobs died or about his disease.

*17 percent had one or more discussions about pancreatic cancer.

The results point to a need for further study of how and why members of the public identify with particular public figures. Health communicators might be able to use that data to target specific populations with information when public figures’ health concerns are featured in the news media.

More than 50 percent of respondents reported hearing about Jobs’ death initially through the Internet or social media. The researchers concluded that health communicators could use online articles, social media announcements and mobile-friendly messages to provide accurate information about cancer. They should see reports in the popular media as an opportunity to fill gaps in news coverage about disease risks and prevention.

“More people will see a story about Steve Jobs or Patrick Swayze’s battles with pancreatic cancer in People magazine than will read a long, scientific piece on the disease in The New York Times,” Gall Myrick said. “Health communicators need to act quickly to educate the public when interest and motivation are at their peak so that more lives can be saved.”