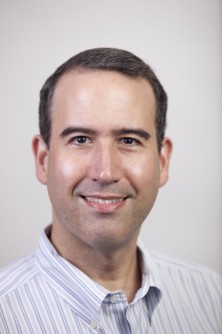 Newswise — Indiana University neuroscientists Jonathon Crystal and Wesley Alford are zeroing in with increasing certainty on the notion that nonhuman animals have a particular type of memory known as "source memory," long seen as exclusively human.

In a new study, discussed in the journal Biology Letters, they were also surprised to discover that this type of memory in their animal subjects, in this case rats, also lasted much longer than memories have been known to last in any nonprimate.

The study could ultimately improve understanding of the biological underpinnings of source-memory impairment in humans and make possible new interventions for memory failure in such conditions as Alzheimer's, Huntington's, Parkinson's, schizophrenia, PTSD and depression. It also implies that source memory is evolutionarily quite old insofar as it exists in nonhuman animals.

Source memory, Crystal said, refers to the memory of how, where or by what means we acquired a piece of information. For instance, people typically want to remember who told them a certain joke, so they do not retell it to that same person. Or when entering a voting booth, voters may want to remember the source from which they heard a negative story about a candidate, a trusted newspaper or Comedy Central.

Source memory is a key component of the episodic memory that enables us to recall the discrete events, moments, situations that make up the life story we recognize as our own and that connects us to family, friends, community and the larger world. For this reason it is a kind of "holy grail" for researchers looking to pave the way for treating the diseases or disorders that afflict human memory, Crystal said.

"The main objective of this research is to prove that we are tapping into the kind of memory system that really matters to people affected by Alzheimer's disease," he said. "Otherwise we ultimately risk spending billions of dollars on a drug that will help you remember where you last put your reading glasses rather than one which enables you to remember your granddaughter's last visit and the news she shared with you, among other aspects of your life."

The key, Crystal said, is to lay out an experiment in which the rats cannot perform the specific task (of determining which arm in an eight-arm radial maze will replenish with chocolate pellets) without relying on source memory. In doing so, the study also showed that the memory they were measuring in the rat lasted much longer than anyone expected, up to seven days.

Crystal is the director of the Program in Neuroscience and the Comparative Cognition Lab in the IU Department of Psychological and Brain Sciences and College of Arts and Sciences. Alford recently left his position as a Visiting Scholar in the department and is currently a graduate student in neuroscience at Brandeis University.

The study, "Validation of a Rodent Model of Source Memory," appeared in the March 2014 issue of Biology Letters. The research was supported with grants from the National Institute of Mental Health.