$2.2 million study to explore how signals in the physical environment shape persistence and performance 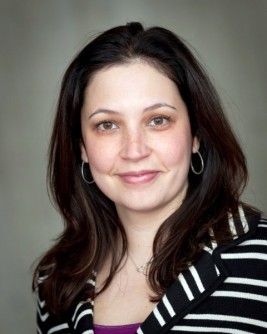 Newswise — BLOOMINGTON, Ind. -- The National Science Foundation wants to identify obstacles that keep women from entering and remaining in STEM careers, and Indiana University's Mary C. Murphy is working to reveal a previously hidden factor that may be preventing advancement in these fields.

Recognizing the importance of Murphy’s work -- that there may be subtle, environmental signals that discourage some women from entering or remaining in careers in science, technology, engineering and math -- the NSF recently awarded the experimental social psychologist more than $2.2 million to support investigation into these invisible barriers.

"There are many subtle cues in our environment suggesting whether they are 'identity safe' or 'identity threatening' with regard to gender identity," said Murphy, assistant professor in the IU Bloomington College of Arts and Sciences' Department of Psychological and Brain Sciences. "Anything from the number of men versus women in a room to segregated seating patterns, to friendship networks, to whether men or women are praised as the top performers on a team.

"When you belong to a group that is negatively stereotyped societally and culturally, it creates a sense of vigilance where you scan your environment to assess whether you are valued and respected, especially if it’s a space where you want to belong and care about how your performance is perceived."

To collect real-world data for the first phase of the study, Murphy and her team of postdoctoral, graduate and undergraduate researchers will use an emerging research technology called EAR, or Electronically Activated Recorder, which records snippets of conversation as they happen. They will capture and analyze spoken interactions from 2,000 male and female undergraduates enrolled in undergraduate courses across the social and natural sciences at IU, as well as and 40 faculty members.

To validate information gathered in the field, Murphy will also lead six separate behavioral experiments, staging mock test-taking scenarios in IU classrooms that manipulate both the explicit and subtle cues about gender and STEM encountered by the study's volunteers. These messages may include cues in the testing room -- a poster of Albert Einstein, for example, versus a female science pioneer such as Marie Curie -- or the gender of the test moderator.

The team also will employ more objective measures during these test-taking scenarios to assess the stress experienced by women under stereotype threat, including monitors to measure heart rate and sweat levels, and the effects of situational cues on women in STEM.

"This study will go beyond our previous research in both breadth and scope, with data collection from women in the real world as they embark upon their education in STEM, followed by rigorous lab-based experiments to validate the experiences reported by these women," Murphy said. "Our research will also be the first to define, and examine, the messages that signal people's mindsets about women in STEM, and how they subtly influence women’s success in these fields."

To control for differences in performance not attributable to the learning environment, Murphy's team will also track students' performance in the course against data from past academic records, such as high school test scores.

"There are many aspects to this project that are unique and powerful," said Matthias Mehl of the University of Arizona, who is the creator of the EAR device and a member of the advisory board formed to support Murphy's multi-million-dollar project. "Mary's team is venturing out of the comfort of the lab and taking their research straight to the places where these messages about women and STEM are being conveyed."

Other members of the NSF-funded project's advisory board are Maureen Biggers, assistant dean for diversity and education in the IU School of Informatics and Computing and director of IU Center of Excellence for Women in Technology; Carol Dweck, an international expert on mindset research at Stanford University; and Sian Beilock, a stereotype threat expert at the University of Chicago.

Moreover, Murphy’s study will go beyond previous work in the field through the production of instructional materials based on the research results, including guidelines, videos and other tools that educators and business leaders can use to create identity safe environments.

The tools, which will be available for free online for anyone who wishes to use them in their classroom or work environments, will be produced in collaboration with Joan Middendorf and other members of the IU Center for Innovative Technology and Learning.

"These materials will cover topics such as how to restructure your educational or work environments so they’re more identity safe, as well as feature videos with students and leaders about how they feel working in environments that are designed to better support women's interest, performance and motivation in STEM," Murphy said.

"We're going to spread the word about these resources as far and as wide as we can."

The NSF's Faculty Early Career Development Awards, or CAREER Awards, recognize young faculty who have shown significant talent for integrating research and education. The NSF-funded study builds upon research previously conducted by Murphy and collaborators at IU Bloomington, the University of Illinois at Chicago and Stanford University, where she earned her doctorate in psychology.

Other innovative mindset research conducted by Murphy at IU includes an investigation into the contextual variables that influence judges' decisions to direct certain family law cases out of the formal legal system to mandatory alternative dispute resolution. The project, a collaboration with Victor Quintanilla of the IU Maurer School of Law, is supported by a 2013-14 IU Collaborative Research Grant from the IU Office of the Vice President of Research.

To follow Murphy's women and STEM project in real time, visit the Gender in Science Blog, which will launch in June on the website of the Mind and Identity in Context Lab, part of the IU Bloomington Department of Psychological and Brain Science.