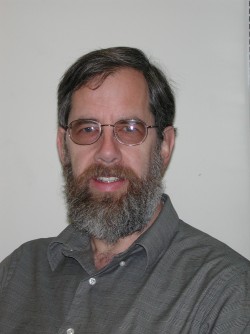 Newswise — STONY BROOK, N.Y., April 8, 2011 – In a meta-analysis of 42 studies with data on 20 million people regarding the relationship between unemployment and the risk of death, a team of researchers at Stony Brook University found that the risk of death was 63 percent higher in those who experienced an episode of unemployment than those who did not. They also found that the increased risk was greater for men (78 percent) than for women (37 percent). Reported in Social Science & Medicine, the overall study results reveal that the relationship between unemployment and mortality risk has remained constant for the past 50 years.

“Our study results clearly indicate that unemployment is not just bad for your pocketbook; it’s also bad for your health,” says Joseph E. Schwartz, Ph.D., Senior Author, Professor of Psychiatry and Behavioral Science, Stony Brook University School of Medicine, and Visiting Professor, Department of Medicine and Psychiatry, Columbia University. “The results suggest a causal relationship between unemployment and higher risk of death, as well as the need to identify strategies to minimize the adverse health effects of unemployment.”

Dr. Schwartz points out that while unemployment is always an issue for society, the current economic crisis and unemployment rates intensify the need to research the relationships between unemployment, health risks, and premature death. According to the U.S. Department of Labor, the national unemployment rate reached 9.6 percent in August 2010, near its highest level in 25 years. The rate continues to be high, at 8.8 percent in March 2011.

The study, titled “Losing life and livelihood: A systematic review and meta-analysis of unemployment and all-cause mortality,” included an analysis of working-age men and women mainly in Western countries over a 40-year period. Employment and unemployment were documented in the studies for people in all phases of their careers. Individuals were followed for different lengths of time in the various studies.

“Those studies that followed people for more than 10 years showed a weaker relationship between unemployment and risk of death,” adds David J. Roelfs, first author, and a doctoral candidate in the Department of Sociology at Stony Brook University. “This finding strongly suggests that the increase in risk is greater during an episode of unemployment and the initial 10 years thereafter.”

Dr. Schwartz and colleagues emphasize that future research should focus on possible mediating, moderating, and confounding factors, and on whether the risk of death could be modified in individuals, either at the health care system level or individual level. Some methods they suggest could include public health initiatives that target unemployed people for more aggressive cardiovascular screening, or targeted interventions to help unemployed individuals reduce risk-taking behaviors.

About Stony Brook University School of Medicine:Established in 1971, the Stony Brook University School of Medicine includes 25 academic departments centered on education, training, and advancing scientific research. The primary mission of the School is to educate caring and skilled physicians well-prepared to enter graduate and specialty training programs. The school’s graduate and specialty training programs are designed to educate medical specialists and investigators in the biomedical and clinical sciences to be well-prepared to advance the frontiers of research, clinical practice and education.