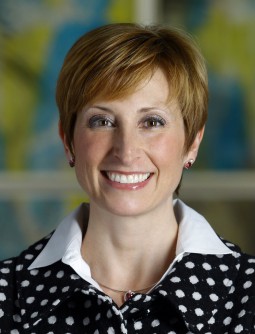 You’ve probably heard of the female heart attack. It turns out that scientists are also discovering that men and women respond differently to a slew of infectious illnesses – including the flu, HIV, West Nile virus, Lyme disease. Sabra Klein, PhD, associate professor in the Department of Molecular Microbiology and Immunology at the Johns Hopkins Bloomberg School of Public Health, is available to discuss these differences and what this emerging understanding might eventually mean for diagnosis, treatment and recovery.

“If women present differently, the question is are the diagnostics and subsequent treatment as good for women as they are for men?” says Dr. Klein.

Dr. Klein can also speak to the importance of including more women in clinical trials. Only recently have clinical trials in the United States routinely included female subjects, though American researchers rarely detail results by gender and other subgroups. Earlier this fall, the U.S. Government Accountability Office (GAO) recommended that the National Institutes of Health “collect, examine, and report data on the extent to which these studies include analyses of potential differences between women and men.” The NIH agreed to the recommendation.

Dr. Klein recently co-edited Sex and Gender Differences in Infection and Treatments for Infectious Diseases (Springer; Craig Roberts, co-editor). In the book, Dr. Klein discusses the flu, and how females of childbearing age have worse outcomes, while children under 10 and adults over 65 do better, suggesting that hormones play a role. In addition, adverse reactions are higher in women than men following a flu vaccine. Women also have stronger antibody, or immune, responses, than men following a flu shot.

The book’s chapter on HIV focuses on HIV-1, one of the two main types of HIV and the most prevalent worldwide. The chapter notes that women are more susceptible to HIV-1 than men and discusses, among other things, various ways hormonal contraception may impact disease progression. A chapter on Lyme disease details how the later stage of Lyme disease is more common among men, while two complex forms, post-treatment Lyme disease syndrome and chronic Lyme disease, are more common among women.

Dr. Klein is an expert on the topic of gender bias in research. Male-dominated clinical trials are one thing. But even the mice and cells in medical research have almost always been male. This past April, in an editorial in Proceedings of the National Academy of Sciences, Dr. Klein urged private biomedical funders and institutions to follow the lead of the National Institutes of Health, which in 2016 will begin requiring research applicants to detail how they will balance male and female cells and animals in preclinical trials.

Dr. Klein has published widely on how males and females differ in their immune responses to viral infection and vaccination. She has provided expert comment in many publications, including CNN.com, Foreign Policy, the Wall Street Journal and the Huffington Post.