Johns Hopkins Expert on What, if Anything, Works for Sitting Less at Work 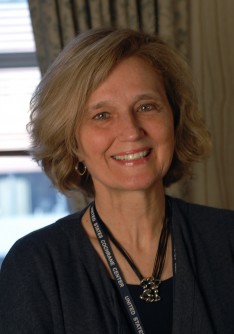 Newswise — Despite their popularity, the effectiveness of stand-up desks and other strategies aimed at getting people to sit less at work is largely uncertain, according to a systematic review of published research conducted by Cochrane Collaboration authors.

Kay Dickersin, PhD, a professor at the Johns Hopkins Bloomberg School of Public Health who is also director of the US Cochrane Center, one of 13 centers worldwide participating in The Cochrane Collaboration, can speak to the findings.

+ Three studies found that people who used stand-up desks sat between 30 minutes and two hours less per day. + Strategies such as talking a walk or walks during the workday did not change the amount of time people spent sitting at work.+ In a bit of good news, the review found that increased standing did not produce harmful effects such a back pain or varicose veins.

However, the international researchers who conducted the review found that most the research was of low quality.

Dickersin can also speak to weighing the possible benefits in the face of inconclusive research. “We hear that sitting is the new smoking. But the difference is quitting, or standing up for a long periods at work, may not necessarily be a better option. We just don’t know. At present, the research has not caught up with the interest in what sitting for all or much of the day means for a person’s overall health.”

Dickersin, who is also director of the Center for Clinical Trials and Evidence Synthesis at the Bloomberg School, has published papers on systematic reviews. She has provided expert comment to major media outlets, including the New York Times, NPR, and the Wall Street Journal.