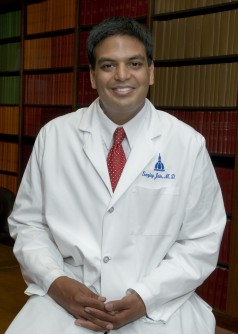 The study’s findings, published online in the open-access journal BioMed Research International, raise important questions about the direction of current research efforts, health resource allocation and the diagnosis and treatment of infected children in India and around the world, the researchers say.

The study, which involved 223 Indian children, age 5 or younger, all with suspected TB and all treated at a hospital in Pune, India, found that 12 percent (26 children) had probable or definite TB infections. In nearly half of those (12) the disease had spread beyond the lungs. Nine of the 12 children with disseminated disease had tuberculous meningitis, a highly lethal condition that occurs when the bacterium that causes TB invades the brain. In addition, four of the seven children whose diagnoses were confirmed by a laboratory culture harbored drug-resistant strains of the bacterium. Two of the four were infected with multi-drug resistant strains.

A finding of great concern was that a skin test, the most widely used TB screening technique, identified only five of the 26 infected children, suggesting a high rate of false negatives. The finding, the researchers say, underscores the wily nature of the bacterium and highlights the need for better screening and diagnostic tests. Another worrisome finding was that nearly 90 percent of TB-infected children had received a vaccination against the disease, suggesting the vaccine’s uncertain reliability. Jain says that current efforts to develop a new TB vaccine should focus not merely on preventing lung infection, but also on limiting the ability of the bacterium to invade the central nervous system and cause lethal brain inflammation. While the study was confined to a small group of Indian children, the researchers say their findings should be of interest to infectious disease specialists worldwide as part of efforts to contain the spread of the disease.

“The implications of what we saw in our study go far beyond one geographic region,” says co-principal investigator Renu Bharadwaj, M.D., head of microbiology at Byramjee Jeejeebhoy Government Medical College.

Founded in 1912 as the children's hospital of the Johns Hopkins Medical Institutions, the Johns Hopkins Children's Center offers one of the most comprehensive pediatric medical programs in the country, with more than 92,000 patient visits and nearly 9,000 admissions each year. Hopkins Children’s is consistently ranked among the top children's hospitals in the nation. Hopkins Children’s is Maryland's largest children’s hospital and the only state-designated Trauma Service and Burn Unit for pediatric patients. It has recognized Centers of Excellence in dozens of pediatric subspecialties, including allergy, cardiology, cystic fibrosis, gastroenterology, nephrology, neurology, neurosurgery, oncology, pulmonary, and transplant. For more information, visit www.hopkinschildrens.org. ###