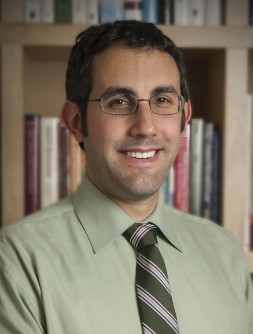 Today, the U.S. Second Circuit Court of Appeals denied an appeal that would require the Food and Drug Administration (FDA) to end the use of penicillin and tetracyclines in animal feed unless drug manufacturers can prove such use is safe. The decision was made despite overwhelming scientific evidence linking the continued misuse of antibiotics in food animals to rising antibiotic resistance in humans.

Keeve Nachman, PhD, a food production and public health researcher at the Johns Hopkins Center for a Livable Future, is available to comment on the decision by the U.S. Court, which he calls is a tremendous disappointment and a setback for public health. Studies show that the practice of feeding antibiotics to animals for purposes other than treating or controlling disease unnecessarily contributes to the development of bacteria that are resistant to drugs, such as penicillin and tetratcyclines, used for treating common infections in humans.

“Penicillin and tetracyclines are necessary and commonly-prescribed antibiotics used to treat a variety of infections in people. If they lose their effectiveness, many infections that used to be easily treatable will become far more dangerous and costly to treat,” Nachman says.

Nachman directs the Food Production & Public Health program at the Johns Hopkins Center for a Livable Future and is on the faculty of the Johns Hopkins Bloomberg School of Public Health. An expert on the public health and environmental impacts of industrial agriculture, Nachman’s research centers on the human health risks posed by drugs used in food animal production, including antibiotics and arsenic-containing compounds.

For more information on Nachman:http://www.jhsph.edu/faculty/directory/profile/5063/Nachman/KeeveE

Broadcast studio may be available.