5-Apr-2016 10:00 AM EDT, by University of Pennsylvania School of Nursing
favorite_border 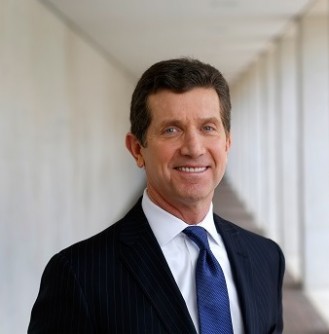 Alex Gorsky, Chairman of the Board and Chief Executive Officer at Johnson & Johnson, will be the 2016 University of Pennsylvania School of Nursing commencement speaker.

Johnson & Johnson’s Alex Gorsky to be 2016 Penn Nursing Commencement Speaker Newswise — PHILADELPHIA, PA (April, 5, 2016) – Alex Gorsky, Chairman of the Board and Chief Executive Officer at Johnson & Johnson, will be the 2016 University of Pennsylvania School of Nursing (Penn Nursing) commencement speaker. The ceremony on Monday, May 16, 2016, will take place at the Kimmel Center for the Performing Arts from 3:00 PM until 5:00 PM.

Mr. Gorsky began his Johnson & Johnson career as a sales representative with Janssen Pharmaceutica in 1988. Over the next 15 years, he advanced through positions of increasing responsibility in sales, marketing, and management, in Europe, the Middle East and Africa. Mr. Gorsky became Chief Executive Officer on April 26, 2012 and Chairman of the Board on December 28, 2013. He is the seventh person to serve as Chairman and CEO of Johnson & Johnson since it became a publicly traded company in 1944.

“Mr. Gorsky is a strong proponent and supporter of nurses and a great admirer of Penn Nursing,” said Dean Antonia M. Villarruel, PhD, RN, FAAN. “Johnson & Johnson has taken the lead among corporate entities in advancing the image of nurses around the world and communicating the vital role that nurses play in health and healthcare, and we are fortunate to have him as this year’s graduation speaker.”

In 2002, Johnson & Johnson launched the ‘Campaign for Nursing’s Future’ to address a large shortage of nursing professional that challenged US healthcare. The campaign is a multi-year, $50 million national initiative designed to enhance the image of the nursing profession, recruit new nurses and nurse faculty, and help retain nurses currently in the profession. While still maintaining the original focus, the Campaign has evolved over the years to include an additional focus on solving new issues such as the need for better access to healthcare, desire to expand the quantity and quality of the nursing workforce, and need for more capacity within nursing schools. The Campaign also partners with Penn Nursing and the Robert Wood Johnson Foundation’s Future of Nursing Scholars program, and has contributed $1,000,000 over five years to develop a new generation of nurse leaders to transform America’s health care system.

He holds a Bachelor of Science degree from the US Military Academy at West Point, NY, and spent six years in the US Army, finishing his military career with the rank of Captain. He earned a Master of Business Administration degree from The Wharton School of the University of Pennsylvania in 1996.