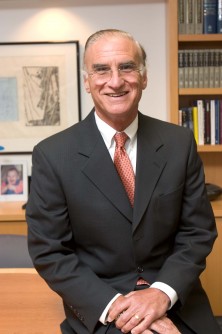 Newswise — BOSTON – July 24, 2014 –Japanese biologist Shinya Yamanaka won a Nobel Prize in 2012 for discovering how to create “induced pluripotent stem cells” (iPSCs), cells derived from normal adult cells that have the ability to differentiate into almost any other kind of cells. Scientists at Joslin Diabetes Center now have created the first iPSCs that offer a human model of insulin resistance, a key driver of type 2 diabetes.

“This is one of the very first studies of human iPSC models for type 2 diabetes, and it points out the power of this technology to look at the nature of diabetes, which is complex and may be different in different individuals,” says C. Ronald Kahn, MD, Joslin’s Chief Academic Officer and the Mary K. Iacocca Professor of Medicine at Harvard Medical School.

Until now, scientists examining the causes and effects of insulin resistance have struggled with a general lack of human cell lines from tissues such as muscle, fat and liver that respond significantly to insulin, Kahn says. Studying insulin resistance as it progresses through pre-clinical stages of type 2 diabetes has been particularly challenging.

“There have been no good human cell models to study insulin resistance, but such cells can now be made with iPSCs,” says Kahn, co-senior author on a paper about the study published in the journal Diabetes.

Generation of iPSCs typically starts with fibroblasts (connective tissue cells) from skin samples. Kahn and his colleagues used fibroblasts from three patients with severe insulin resistance brought on by mutations in the gene for the insulin receptor (IR)—a molecule that crosses the cell membrane and plays a key role in insulin signaling and glucose metabolism.

The Joslin researchers “reprogrammed” the fibroblasts into iPSCs by using viral procedures that activated four genes that together maintain cells in the iPSC state. The scientists then looked at gene activation in insulin signaling pathways for iPSCs and fibroblasts with IR mutations, and for corresponding cells derived from people without those mutations.

Insulin is a key ingredient for the growth and proliferation of normal stem cells, and the study demonstrated that insulin resistance also reduces the ability of the iPSCs to grow and proliferate. That defect may represent a previously unrecognized mechanism that aids in developing diabetes, Kahn says, as well as helping to explain the problems in wound healing, tissue repair and even beta-cell growth that are common among people with diabetes.

“Our next phase of research is to make these iPSCs into liver, muscle and fat cells, and then see if we can use them to model those tissues in people,” he says.

Joslin’s Salvatore Iovino and Alison Burkart were co-lead authors on the paper, and Joslin’s Mary-Elizabeth Patti, MD, was co-senior author. Other contributors included Katelyn Hughes, Kristina Kriauciunas, Michael Molla and Laura Warren of Joslin and Youn-Kyoung Lee of Harvard. The work was supported by the National Institutes of Health, the Novo-Nordisk Foundation, the Harvard Stem Cell Institute and the American Diabetes Association.