Journal to Begin Publishing Reviewer Commentary Along with Articles 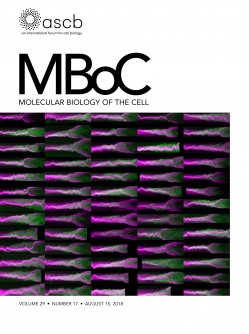 Newswise — To promote transparency in scientific research, the basic research journal of the American Society for Cell Biology, Molecular Biology of the Cell (MBoC), will begin publishing peer review reports along with articles beginning in early 2019.

“Publishing peer reviewers’ comments and authors’ responses will encourage fair and thorough review,” said MBoC Editor-in-Chief David Drubin. “And particularly at MBoC, which has always encouraged constructive peer review, readers will benefit from the insights of reviewers. There is much to be learned about the strengths and limitations of a study by understanding how reviewers and authors have interacted to improve a manuscript.”

There is a growing movement within the scientific community to encourage transparent peer review. Drubin is one of the signers of an open letter promoting the publication of peer review reports published on the ASAPbio website and accompanied by a commentary in the journal Nature. Along with ASAPbio, major supporters of the movement include the Howard Hughes Medical Institute and Wellcome.

More than a dozen editors representing more than 80 journals signed the letter. The letter states that the signers feel that transparent peer review will increase reviewer and editorial accountability, provide opportunities to educate students about the peer review process, enhance readers’ understanding of the article in the context of the field, and open a pathway to providing credit for peer review.

MBoC will begin publishing editors’ decision letters, which include the reviewers’ comments, together with the authors’ responses next year, but authors will be able to opt out of having the reviews and responses published. MBoC also plans to allow reviewers to sign their reviews if they wish. A formal mechanism for doing that will be put in place later in 2019.  In the meantime, Drubin encourages reviewers to simply include their names in their remarks to the author if they are willing to reveal their identity.

“Disclosing reviewers’ identities takes transparency to the next level,”  Drubin said. “But of course it’s more complicated than publishing anonymous reviews. There are concerns about possible retaliation against critical reviewers, and in some cases, reviewers may be reluctant to reveal their concerns about a paper. Signing reviews will be entirely optional.”

Molecular Biology of the Cell (MBoC) is an online journal published twice monthly and owned by the American Society for Cell Biology (ASCB). Unredacted accepted manuscripts are freely accessible immediately through MBoC In Press. Final published versions are freely accessible two months after publication at www.molbiolcell.org. MBoC is also available online through PubMed Central, sponsored by the U.S. National Library of Medicine. Access earlier than two months is available through subscription or membership in the ASCB.