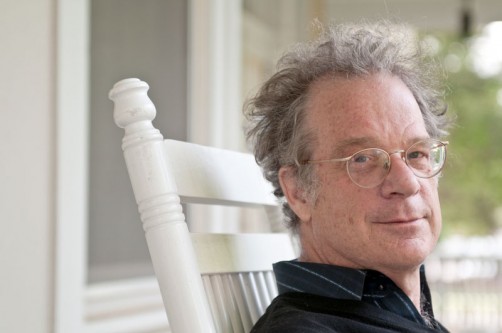 In the world of painting, rare is the combination of critical acclaim and commercial success. As such, the enormous popularity and prosperity enjoyed by realist Andrew Wyeth led to his very name becoming its own pejorative to the ideologically charged movement toward abstraction during latter half of the 20th century.

At the center of a dramatic reappraisal of Wyeth’s career and meaning is art historian Henry Adams, the Ruth Coulter Heede Professor at Case Western Reserve University.

Contributing essays to both catalogues of the two major exhibitions opening this year marking the 100th anniversary of the Wyeth’s birth, Adams is a key influencer of the renewed intrigue and interpretation of the artist’s works—many of which were painted within a mile of his country homes in Maine and Pennsylvania.

The pendulum of popularity

For better or worse, Wyeth’s piece, Christina’s World, made him famous almost overnight. But the piece was also easily categorized (and dismissed), following its 1948 purchase by the Museum of Modern Art (MoMA), where it remains the New York gallery’s most-visited artwork.

“The museum became embarrassed by its popularity because they wanted Picasso to be the famous and influential painter of that time,” Adams said.

Depicting a disabled woman pulling herself up a hillside toward home on the horizon, the painting’s combination of the lifelike and ethereal imprinted Wyeth’s aesthetic on visual art for decades to come, especially in cinema.

Fitting enough, the painting traced its influence to early Hollywood films that Wyeth watched with obsession—most noticeably The Big Parade, as Adams described in his essay, “Andrew Wyeth at the Movies.”

“The most powerful moments in the film are the ones in which we don’t yet fully grasp what is going on but have an intense sense of apprehension. Similarly, in Wyeth’s paintings, a great deal of what is happening is not spelled out,” wrote Adams, alluding to the unseen family graveyard of the painting’s real-life model, Christina Olson, where Wyeth stood to paint the piece.

The essay acts as a companion to a Wyeth retrospective at the Brandywine River Museum of Art in his hometown of Chadds Ford, Pennsylvania, that opened June 24, and is later relocating to the Seattle Art Museum.

It’s the first career-spanning Wyeth retrospective since 1976, when MoMA staged the first such show it had ever devoted to a living American artist—to the chagrin of many of its curators, Adams notes, but lucrative nonetheless.

The anecdote illustrates the dueling over the artist’s paintings during his lifetime, which Adams recounts in an article accompanying “Andrew Wyeth at 100,” an exhibition that opened April 15 at the Farnsworth Museum in Rockland, Maine.

Opening the piece, Adams recalls the deep impression of his first exposure to Wyeth’s work, as a 14-year old. Tagging along with his father to a New England gallery near their home in 1963, he identified with the artist’s portrayals of forlorn fields, stone walls and unkempt farmhouses that captured the ramshackle landscape familiar to an adolescent Adams.

“From the moment of this first encounter, I became a true believer in the greatness of Wyeth’s work, a position which I still hold today, though with full awareness of how profoundly the world has changed,” Adams said.

In fact, it’s because of this timelessness that Wyeth’s paintings will continue transcend the labels of his day, Adams writes in the essay:

Central themes of Wyeth’s art—poverty, loneliness, existential desperation, gender and sexuality, human cruelty, of struggling to survive in an inhospitable planet—are very much in line with what young artists today are concerned with.