'Injuries among CrossFit participants may not be as high as previously suggested in some media reports,' according to Yuri Feito 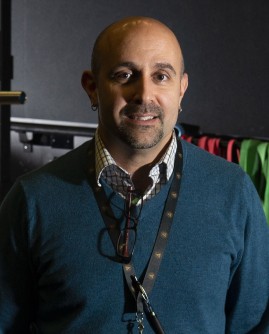 Newswise — The popular fitness program CrossFit is a safe training method for most people but could result in injuries for those who are new to it or don’t participate often, according to a four-year analysis conducted by Kennesaw State University associate professor of exercise science Yuri Feito.

The study, published in the Orthopaedic Journal of Sports Medicine, examined the number of injuries related to CrossFit training, a fitness regimen that merges high-intensity exercise with multi-joint movements. Based on more than 3,000 survey responses from around the world, Feito found that CrossFit training is relatively safe compared with other types of training, but that people within their first year of training as well as those who engage in it less than three days per week have a greater risk for injuries.

“The big picture for us is letting people know what the data shows,” Feito said. “A large number of people participate in this type of training, and it’s important for them to know any risks. At the same time, we don’t want people avoiding this type of exercise because they think it’s dangerous.”

Feito explained that the four-year study offers perspective on “a style of training that is very polarizing.” While CrossFit is immensely popular, with more than 13,000 affiliated gyms worldwide according to www.crossfit.com, it also has been the subject of several stories describing CrossFit as dangerous and linking it to severe injuries or life-threatening conditions.

“This study indicates that injuries among CrossFit participants may not be as high as previously suggested in some media reports,” Feito said. “CrossFit training has been scrutinized because of a supposed high incidence of injuries, but our data does not seem to support that it might be any more ‘extreme’ or dangerous than other exercise training programs.”

First Study of its Kind

Though some previous research of CrossFit does exist, Feito is unaware of any on the same scope as his project. The survey was offered online, in both English and Spanish, making it available to anyone with internet access who met the criteria — being older than 18 and having more than three months of CrossFit experience.

“It truly was a large cross-section of respondents worldwide,” Feito said. “To my knowledge, this is the first CrossFit training study that is multi-year and has this large of a sample size.”

Of the 3,049 people who completed the survey, 931 (30.5 percent) reported experiencing an injury over the previous 12 months because of their participation in CrossFit training. Injuries to the shoulders (39 percent), back (36 percent), knees (15 percent), elbows (12 percent) and wrists (11 percent) were most common for both male and female participants.

A key finding was that people participating in CrossFit training less often (less than three days a week) and with less experience (less than one year) were more likely to report an injury than those who do it three to five times a week. The data showed that the injury rate for less-engaged participants was 0.74 injuries per 1,000 hours of training compared to 0.27 injuries per 1,000 hours for those more engaged.

“Keeping in mind the ‘constantly varied’ nature of CrossFit training, it makes sense that those with the least experience may be more prone to injuries as a result of strength and/or flexibility issues that may hinder their ability to complete some of the more basic exercises,” Feito said. “Those who described themselves as ‘less experienced’ in this study may not necessarily be inexperienced exercisers; it may be that those with less experience in CrossFit training, but who are more athletic, push themselves more and therefore put themselves at greater risk for injuries.”

Feito hopes that these findings will reach a large number of people interested in the subject. Funding from the WellStar College of Health and Human Services enabled the journal article to be published with open access, allowing anyone free and unrestricted access to it online.

“This study provides valuable contributions to a currently scarce body of academic literature about CrossFit training,” Feito said. “Considering these findings, we encourage fitness professionals to pay close attention to people’s experience levels and potentially develop ‘beginner’ programs that promote skill progression within the first year of participation to minimize the risk of injuries.”