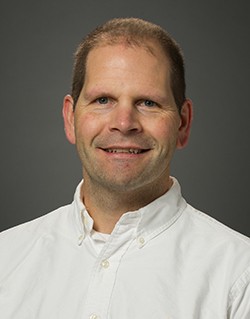 Newswise — Rockville, Md. (February 25, 2022)—Over half of people with asthma are obese. These individuals do not respond well to standard therapies, but new research out of the Vermont Lung Center holds promise for improving asthma treatments for this population. The study is published in the American Journal of Physiology-Lung Cellular and Molecular Physiology. It was chosen as an APSselect article for February.

In addition to responding poorly to standard therapies, people with obesity and asthma are hospitalized at higher rates. Weight loss is a typical recommendation to ameliorate the effects of obesity on asthma. However, short of surgical intervention, only about 15% of people can sustain 10% weight loss for an entire year through diet changes. Even fewer can sustain weight loss for five years.

The research team set out to explore if ketone bodies, which are products of fat metabolism generated by the liver during weight loss, could provide relief from asthma symptoms. They used both genetic and diet-induced mouse models of obesity. In these, along with normal-weight controls, they tested a variety of methods of applying ketone bodies. They induced the natural generation of ketone bodies through a ketogenic diet in some mice and, in others, through rapid weight loss from a low-fat diet. Other cohorts were given supplementary ketone esters either long term in their food or in acute doses immediately before testing.

In all these models and methods of intervention, the mice with ketone bodies in their system showed less sensitivity to a trigger of airway constriction commonly used in the diagnosis of asthma. The authors note that ketone ester supplementation is considered safe and is already used in some human populations.

“This ketone ester supplementation strategy could be optimized as an approach to promote a state of ‘therapeutic ketosis’ similar to that achieved through the feeding of a ketogenic diet or fasting, without any caloric deficit or the need for substantial lifestyle modification,” the authors wrote.

Read the full article, “Therapeutic ketosis decreases methacholine hyperresponsiveness in mouse models of inherent obese asthma,” published ahead of print in the American Journal of Physiology-Lung Cellular and Molecular Physiology. It is highlighted as one of this month’s “best of the best” as part of the American Physiological Society’s APSselect program. Read all of this month’s selected research articles.

NOTE TO JOURNALISTS: To schedule an interview with a member of the research team, please contact the APS Media Relations or call 301.634.7314. Find more research highlights in our Newsroom.