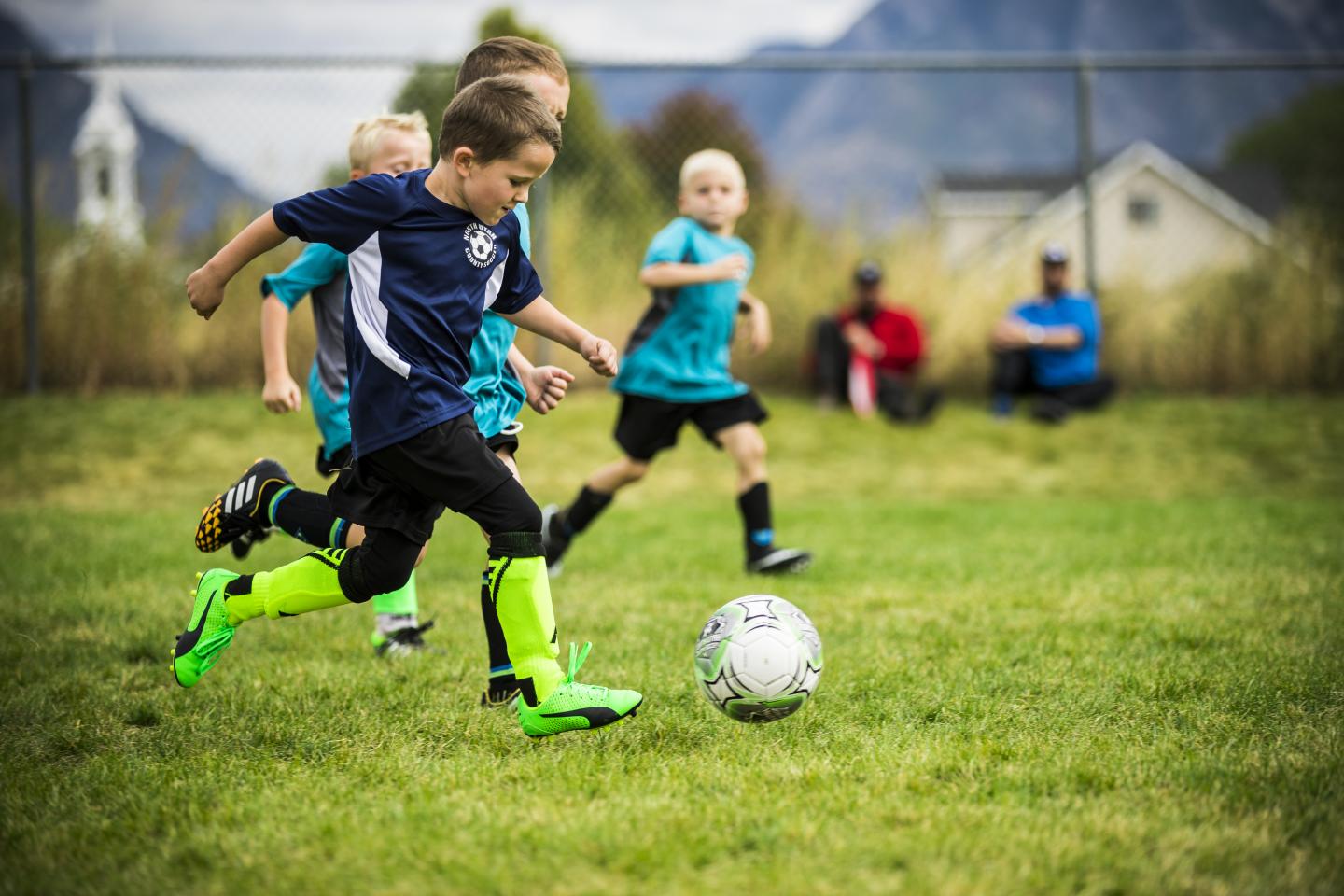 A young soccer player runs after the ball in a city league game.

Newswise — Almost every parent knows the drill: When it's your turn, you bring Capri Suns and Rice Krispies Treats to your child's soccer game as a post-game snack. Whether you're a parent that loves the tradition or despises it, new research shows just how detrimental post-game treats are to a child's health.

"Kids are getting inundated with snack culture all the time -- celebrations at school, at birthday parties and youth sports games," said senior study author and BYU professor Lori Spruance. "We don't need to load children up with sugar after a game too."

For the study, Spruance and her students observed 3rd and 4th graders over 189 games of soccer, flag football, baseball and softball, tracking both their physical activity and the treats they consumed. They found parents brought post-game snacks 80% of the time, with almost 90% of the post-game drinks being sugar sweetened. Physical activity was tracked using the SOFIT method, wherein a child's activity was tracked on a scale of 1 to 5 (1 = nothing; 5 = running) every 10 seconds.

The researchers found the average energy expenditure for children observed was 170 calories per game while the average caloric intake from post-game snacks was 213 calories. The average amount of sugar consumed post game was a staggering 26.4 grams -- the total daily recommendation for kids is just 25 grams -- with sugary drinks being the biggest culprits. (Capri Sun drinks and Kool-Aid Jammers were the most common drinks and baked goods were the most common snacks.)

Study authors said the 43 extra calories the children are gaining may not sound like much, but if kids are playing a game or two a week, it could mean thousands of extra sugary calories a year.

"So many kids are at games just to get their treat afterwards, which really isn't helping to develop healthy habits long term," Spruance said. "The reward should be, 'I got to have fun, I got to run around with my friend or score a goal.'"

How to change snack culture

Spruance and coauthors said youth sports programs would benefit from an intervention aimed at the food environment -- and they're happy to help with that intervention. To that end, the team is already working on their next study by providing fact sheets about the troubles with current post-game snacks to municipal Parks and Recreation departments. Those departments are then, in turn, sharing the information with parents.

Initial efforts in one city have already shown marked decreases in the number of unhealthy snacks being provided at youth games: 16% of snacks in a new season of tracking included water instead of a sugary beverage, and parents who brought fruits and vegetables increased from 3% to 15% overall.

"Little changes can make a big difference in promoting healthy body weights in our children," wrote study co-author Jay Maddock, a professor of public health at Texas A&M University. "So when your children are playing sports, we recommend making the healthy choice an choosing water, fruits an vegetables and a healthy protein source too, like nuts."