The massive 2018 eruption set off an unusual effect: An algae super bloom that stretched for miles and miles 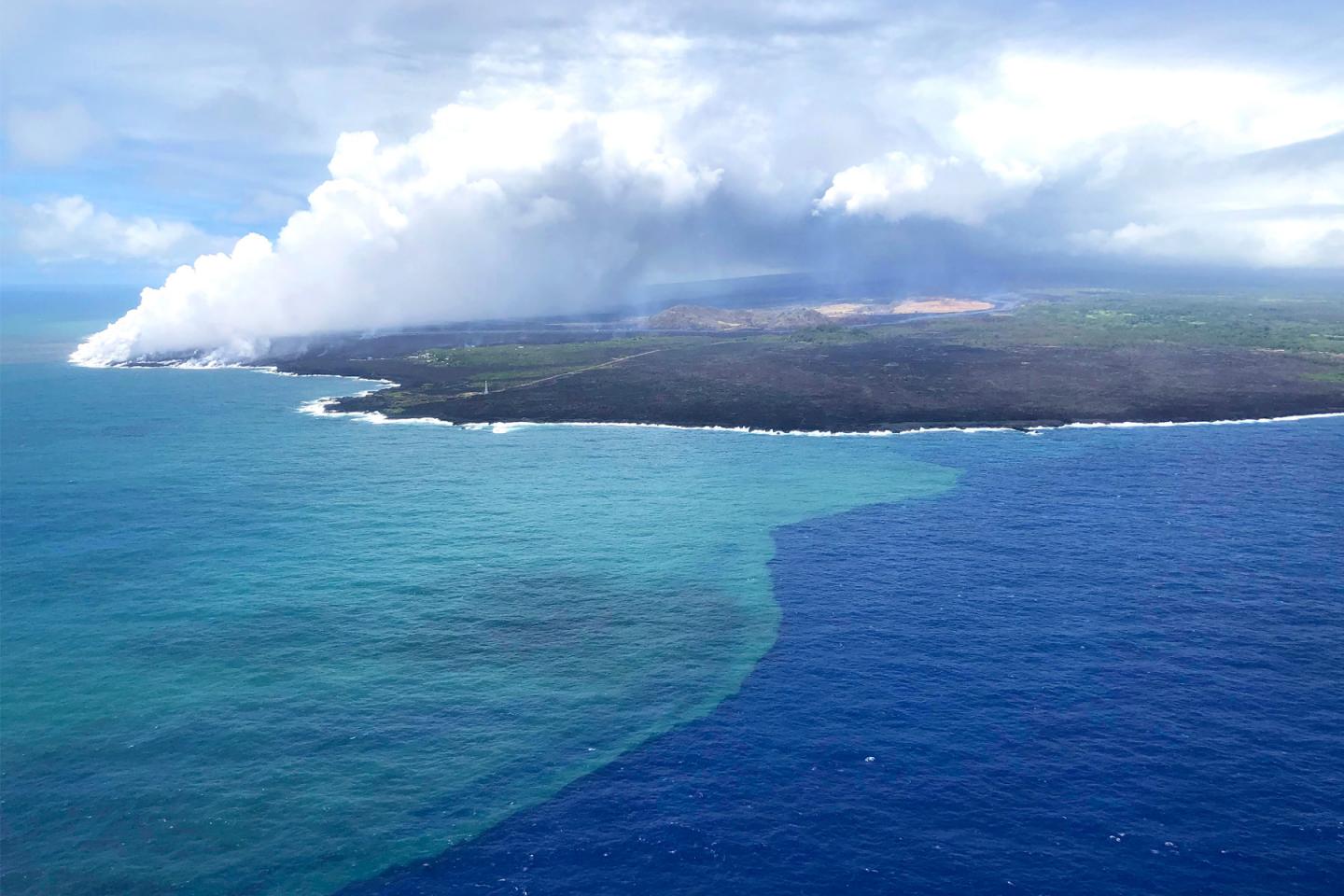 During Kilauea's massive eruption in 2018, a super bloom of algae appeared and stretched for miles. USC Dornsife geochemists and University of Hawaii researchers investigated what led to the growth.

Newswise — Volcanoes are often feared for their destructive power, but a new study reminds us that they can foster new growth.

A year ago in July, researchers from USC Dornsife College of Letters, Arts and Sciences and the University of Hawaii rushed out on a boat to Hawaii's famous K?lauea volcano to collect samples of the surrounding North Pacific Ocean. They were trying to determine why so much algae had begun growing in the water as approximately 1 billion tonnes of hot lava poured in.

When looking at NASA's satellite photos of the eruption, the scientists noticed that the ocean water around the volcano was turning green. The satellite had detected huge amounts of chlorophyll, the green pigment in algae and other plants that converts light into energy.

The new study, published Sept. 6 in the journal Science, shows that the green plume in the ocean around the volcano contained the perfect cocktail for plant growth -- a fertile mix of higher nitrate levels, silicic acid, iron and phosphate.

"There was no reason for us to expect that an algae bloom like this would happen," said geochemist Seth John, assistant professor of Earth sciences at USC Dornsife and an author of the study. "Lava doesn't contain any nitrate."

Nitrogen is a natural fertilizer for plants, even on land. With such rich conditions, the algae bloom exploded, expanding as far as hundreds of miles out into the Pacific Ocean, the researchers said.

"Usually, whenever an algae grows and divides, it gets eaten up right away by other plankton," said study co-author and USC Dornsife post-doctoral researcher Nicholas Hawco. "The only way you get this bloom is if there is an imbalance."

The researchers believe that the nitrogen likely was stirred up from the deep ocean. As the hot lava poured in, it forced an upwelling of colder, deep ocean water. When the water rose, it carried nitrogen and other particles to the surface that helped the algae grow.

"All along the coast of California, there is regular upwelling," said John. "All the kelp beds and marine creatures that inhabit those ecosystems are basically driven by those currents that draw fertilizing nutrients up from deep water to the surface. That is essentially the same process that we saw in Hawai?i, but faster."