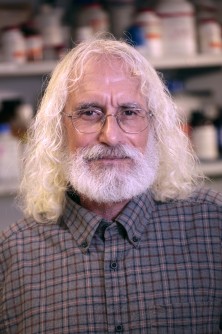 “Our results highlight that driver mutations, which theoretically would be the most effective antigens to target because they represent the basis for a tumor behaving as a tumor, are not immunologically silent and can indeed be recognized,” said Fred Hutchinson Cancer Research Center immunologist Dr. Phil Greenberg, who led the study.

KEY FINDINGS: A new study in mice suggests that in a tumor’s pre-clinical stages, long before a human tumor would be clinically recognizable, certain immune cells can recognize changes that make these cells behave as cancerous cells and attempt to launch an immune attack. However, the T cells that are recognizing these “driver” mutations in the tumor are rapidly turned off and then permanently silenced, making the cells non-functional and thereby protecting the tumor from an immune attack. If researchers can find a way to reverse that silencing, the tumor-recognizing T cells could be rescued and could potentially improve the performance of certain immunotherapies, including that of so-called checkpoint inhibitor drugs that release some of cancer’s brakes on the immune system.

Newswise — (SEATTLE) – One of the challenges for developing truly successful immunotherapies is that cancer is a wily foe for the immune system. Tumors have multiple lines of defense against our immune cells' attempts to attack them. Although our immune cells are trained early in development to not recognize and harm our own cells, cancerous cells bear many tumor-specific molecules, or antigens — molecules which, in theory, could spur a potent immune response, if the tumors weren’t able to block such a response. An outstanding puzzle in the immunotherapy field concerns the early stages of tumor development, in which cancerous cells acquire “driver” mutations in some of their genes. Such driver mutations are responsible for directing the cell to behave as a cancer, and can change the appearance of the cells to the point that they could be recognized as foreign by the immune system, but to date researchers have had difficulty finding evidence that our immune cells actually recognize these very early stages of tumor formation.

Now, a new study in mice demonstrates that certain immune cells, known as CD8+ T cells or killer T cells, can in fact recognize such driver mutations but are quickly and permanently silenced by the tumor — at stages before a human tumor would even be clinically recognizable. If researchers could figure out a way to reverse that silencing, such strategies could rescue the tumor-recognizing T cells and improve the performance of certain immunotherapies, including that of so-called checkpoint inhibitor drugs that release some of cancer’s brakes on the immune system. Such inhibitors, which include the drug pembroluzimab, allow patients’ bodies to mount an immune response to mutations that have cropped up later in cancer’s progression. “Our results highlight that driver mutations, which theoretically would be the most effective antigens to target because they represent the basis for a tumor behaving as a tumor, are not immunologically silent and can indeed be recognized,” said Fred Hutchinson Cancer Research Center immunologist Dr. Phil Greenberg, who led the study along with Dr. Andrea Schietinger, a former Fred Hutch postdoctoral research fellow who now leads an immunotherapy lab at Memorial Sloan Kettering Cancer Center. The study was published Aug. 9 in the journal Immunity.

Greenberg and his research team are now pursuing two strategies to build off their findings. These focus on:

• Defining the molecules that render the tumor-recognizing T cells dysfunctional, with the ultimate goal of disrupting those silencing molecules, and

• Engineering T cells in the laboratory for eventual therapeutic use that recognize the driver mutations but cannot be shut off by tumors.

At Fred Hutchinson Cancer Research Center, home to three Nobel laureates, interdisciplinary teams of world-renowned scientists seek new and innovative ways to prevent, diagnose and treat cancer, HIV/AIDS and other life-threatening diseases. Fred Hutch’s pioneering work in bone marrow transplantation led to the development of immunotherapy, which harnesses the power of the immune system to treat cancer with minimal side effects. An independent, nonprofit research institute based in Seattle, Fred Hutch houses the nation’s first and largest cancer prevention research program, as well as the clinical coordinating center of the Women’s Health Initiative and the international headquarters of the HIV Vaccine Trials Network. Private contributions are essential for enabling Fred Hutch scientists to explore novel research opportunities that lead to important medical breakthroughs. For more information, visit fredhutch.org or follow Fred Hutch on Facebook, Twitter or YouTube.