Knowing You Have Prediabetes Could Prevent Onset of Deadly Disease 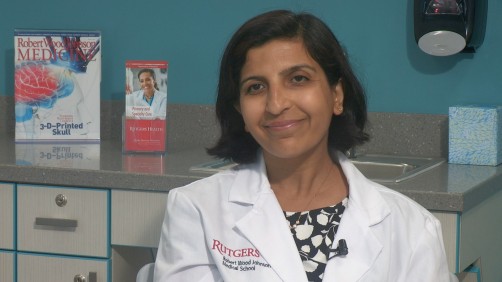 Prediabetes is both a warning sign and an opportunity to make changes before an individual becomes diabetic. In this video, Dr. Ohri provides background information on diabetes and prediabetes, including risk factors, causes, testing and what can potentially be done to turn back the clock.

Newswise — November is national diabetes month. With more than 30 million Americans who suffer from the deadly disease, prevention is paramount. Many Americans are diagnosed or at risk for prediabetes, a precursor to diabetes. Anupam Ohri, MD, assistant professor of medicine at Rutgers Robert Wood Johnson Medical School, explains how a prediabetes diagnosis does not automatically become diabetes, but can be prevented with lifestyle changes and knowledge of your risk.

As the seventh leading cause of death in the United States, which is estimated to be under reported according to the American Diabetes Association (ADA), diabetes causes a host of complications and affects virtually every tissue in the body---causing eye damage, heart problems, kidney damage, nerve damage, amputations, and risk of stroke or heart attack. Type 2 diabetes, the more common type of diabetes that affects nearly 10% of Americans, is a result of insulin resistance. The body cannot produce the amount of insulin needed to bring down a person’s blood sugar level. Unlike type 1 diabetes (insulin deficiency), type 2 is often associated with lifestyle and family history. “Causes for diabetes include obesity, history of gestational diabetes, a lack of exercise and a diet rich in carbohydrates,” says Dr. Ohri.

Dr. Ohri explains that diabetes is diagnosed through testing the AIC level, or the average blood glucose level of the past two to three months. The AIC test is also the diagnostic test for prediabetes. A normal AIC level is less than 5.7%, prediabetes is between 5.7-6.4% and diabetes is 6.5% of higher.

“Prediabetes is both a warning sign and an opportunity to make changes before an individual becomes diabetic,” says Dr. Ohri. The ADA defines prediabetes as a blood glucose level higher than normal, but not yet high enough to be considered diabetes. People almost always develop prediabetes before diabetes, with as many as 84 million Americans suffering from it, according to the ADA. There are no clear symptoms of prediabetes, and many people do not know they have it, which is why Dr. Ohri encourages everyone to have their glucose tested if they are at risk for diabetes. Regularly testing glucose levels could prevent the onset of diabetes.

Once someone is diagnosed with prediabetes, behavior modification like adding exercise, losing weight and adopting a healthier diet could prevent the onset of diabetes, and the devastating complications that come with it. Many people can even return to a normal glucose range.

Because the progression from prediabetes to diabetes is variable, Dr. Ohri stresses the importance of making lifestyle changes quickly, including eliminating sweetened drinks from your diet. She has seen prediabetes be eliminated simply from cutting out all soda with some of her patients. In addition, according to the ADA, losing just 7% of your body weight (15 lbs. if you weigh 200 lbs.) and exercising moderately 30 minutes a day, five days a week, the risk of developing type 2 diabetes reduces by 58%.

“Through detection of prediabetes combined with lifestyle changes to prevent the onset of diabetes, the clock can be turned back and people can reduce much harm and complications of this devastating disease. There is hope.”