Lagoons from the Arctic’s “Forgotten Coast” Teem with Fish and Birds, Vulnerable to Climate Change and Human Development 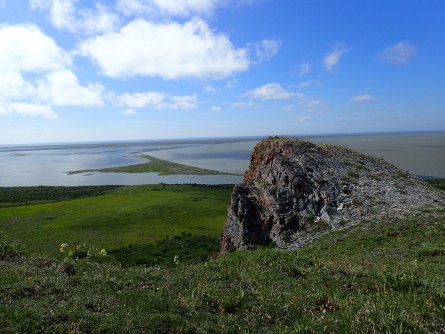 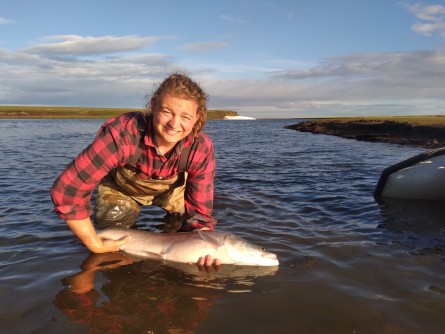 Newswise — FAIRBANKS, ALASKA (October 6, 2022, 2022) –A new scientific review article led by WCS captures the unique and dynamic characteristics of coastal lagoon ecosystems in the Arctic Beringia Region, and discusses how climate change effects and human development could alter these habitats.

Lagoons make up 40 percent of the Chukchi Sea coastline of Alaska, and are integral components of ecological protected areas such as Cape Krusenstern National Monument, Bering Land Bridge National Preserve, and Alaska Maritime National Wildlife Refuge. Additionally, they are important wild food harvesting locations for the Iñupiat People, who rely on subsistence hunting and gathering to maintain their food security.

The review article was published in the September 2022 issue of Arctic, a scientific journal produced by the University of Calgary and the Arctic Institute of North America. Dr. Kevin Fraley, the lead author, is a fisheries ecologist for WCS’ Arctic Beringia Program, based in Fairbanks, Alaska.

“This review is a culmination of a decade of fisheries monitoring and research efforts conducted by WCS and partners at these lagoons, and while there are still many aspects of these unique and important ecosystems to study, the article represents the best understanding of Arctic coastal lagoon structure and ecology to date,” says Fraley.

One of the most important points raised in the article was that physical layout, water chemistry, invertebrate diversity, and fish ecology (abundance, species diversity, diet, behavior, and survival) within lagoons are driven by the presence of seasonal channels connecting lagoons to the Chukchi Sea. Because these channels are narrow and their layout and function are vulnerable to perturbations like storms, coastal erosion, and restructuring of beach gravel by natural and artificial means, climate change and human development affecting the channels could have disproportionate, negative impacts on lagoon ecosystems.

Although this review represents a major benchmark in the process of studying the lagoons of the Arctic Beringia region, WCS and partners plan to continue monitoring these habitats to identify any ecological shifts caused by natural and anthropogenic perturbations. Further, WCS will explore additional research avenues to enhance the understanding of these unique ecosystems and champion their conservation.

While WCS is the lead organization on this publication, the article is a cooperative work that would not have been possible without critical efforts from partner/funding organizations including the U.S. National Park Service and the Native Village of Kotzebue Environmental Program. Additional funding was provided by the National Fish and Wildlife Foundation.

The Arctic Beringia region hosts vast intact tundra landscapes and seascapes with robust assemblages of free-ranging native species such as walrus and caribou, supports vibrant mixed economies for indigenous communities, and is valued by diverse stakeholders across the globe. We use the best available science and indigenous knowledge, along with expertise in trans-boundary policy, to work with diverse communities, indigenous groups, agencies and other partners to understand and protect wild places and wildlife, including their role in local food security.