Landmark Gift of $100 Million from the Marie-Josée and Henry R. Kravis Foundation Will Support Groundbreaking Approach to Precision Oncology 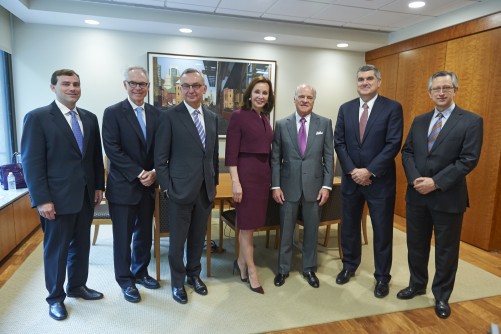 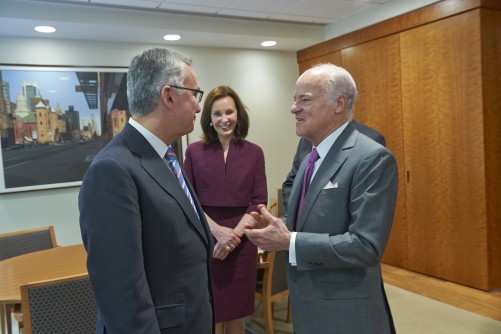 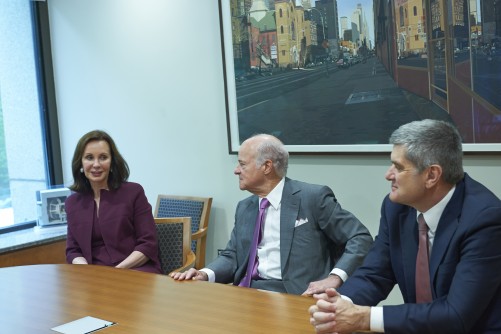 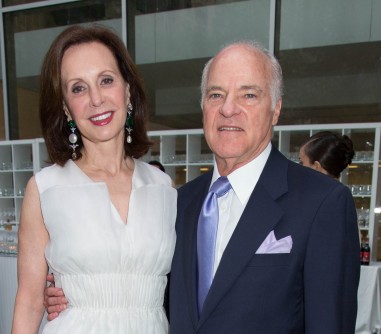 (From left to right) Marie-Josée Kravis, Chair of the Board of the Sloan Kettering Institute; Henry R. Kravis 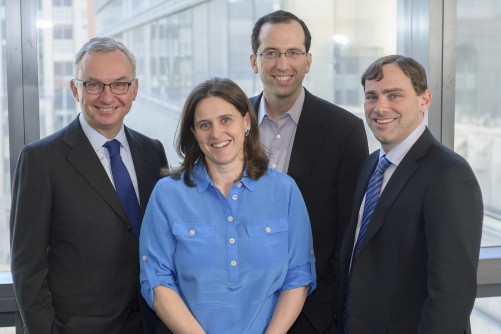 Newswise — Memorial Sloan Kettering Cancer Center (MSK) today launched an ambitious initiative to improve cancer care and research through genomic analysis. The new program will reshape clinical trials and speed the translation of novel molecular discoveries into routine clinical practice. The Marie-Josée and Henry R. Kravis Center for Molecular Oncology (CMO) is named in honor of Marie-Josée and Henry R. Kravis, whose transformative gift of $100 million will make it possible to realize the promise of precision oncology and support the development of new, individualized cancer therapies and diagnostic tools.

“Progress in our understanding of the biology of cancer has completely shifted the way we think about and treat cancer,” says Craig Thompson, MD, MSK President and CEO. “We’re moving away from the concept of treating cancer as many different types of the same disease and toward treating each person’s cancer as its own unique disease. Now, thanks to the inspiring generosity of the Marie-Josée and Henry R. Kravis Foundation, we will be able to expand and intensify this effort, ushering in what will truly be a new era of precision medicine.”

“Throughout the course of my involvement at Memorial Sloan Kettering, I have been deeply impressed by the dedication, experience, and competence of the physicians and scientists who are working to unravel the complexities of cancer,” says Marie-Josée Kravis, who has been a member of MSK’s Boards of Overseers and Managers since October 2000 and is Chair of the Board of the Sloan Kettering Institute. “Henry and I are delighted to support this exciting new initiative, which offers such hope to people around the world.”

“Memorial Sloan Kettering has already proven itself to be a leader in understanding cancer at the genetic level and in putting that knowledge to work for patients,” says Henry R. Kravis. “The new Center for Molecular Oncology will take these efforts to an entirely new level, and I look forward with great anticipation to the discoveries that lie ahead.”

Archived tumor specimens and tissues obtained in clinical trials will be comprehensively profiled by next-generation sequencing and other molecular technologies. The molecular information of each tumor will then be correlated with clinical outcomes to better understand the significance of genetic alterations in tumors and the opportunities they offer for treating cancers more precisely.

“The first application of the genomic revolution of the past decade is now being applied to cancer,” says José Baselga, MD, Physician-in-Chief of Memorial Hospital. “We have learned that cancer is actually a disease of the genome, and moving forward, we will need to integrate the vast amounts of molecular discoveries being made with clinical data to develop tumor-specific treatments. The CMO will be the first program in the country to span the full range of activities required to bridge these molecular insights into clinical innovations.”

MSK — with its exceptionally powerful and seamless integration of clinical and scientific teams focused on cancer — is uniquely positioned to launch an initiative of the ambition and scope of the CMO. The aim is to analyze over 10,000 patient tumors in the CMO’s first year alone, with an eye toward offering molecular analysis for every type of cancer and for all MSK patients.

“In terms of structure, the Marie-Josée and Henry R. Kravis Center for Molecular Oncology epitomizes the multidisciplinary approach to cancer research, which demands that we fully link programs and departments institution-wide so that we can inform each other’s work with our best and brightest ideas,” says Joan Massagué, PhD, Director of the Sloan Kettering Institute.

David Solit, MD, the inaugural Director of the CMO, adds, “The vision for the CMO is nothing less than to revolutionize the treatment of cancer. Our integrated clinical and scientific teams coupled with our ever-increasing genetic sequencing capabilities will allow us to build upon the molecular insights we’ve gleaned over the past decade to accelerate the development of more effective and less toxic cancer therapies.”

A cornerstone of the CMO will be to enroll patients in phase I clinical trials called basket studies, in which therapies are offered to patients whose tumors test positive for certain mutations regardless of cancer type. “The location of a tumor, such as breast or lung cancer, is becoming less important than the genomic information of the tumor, and basket studies include many more people than a disease-specific trial. A therapy designed for a specific mutation could benefit everyone whose tumor has that mutation. It really is a game changer,” says Dr. Baselga.

The CMO will also focus on retrospectively analyzing tumors of exceptional responders. An exceptional responder is defined as a patient who has a sustained response to treatment in a clinical trial in which almost all other participants do not. For example, Dr. Solit’s research identified the biologic basis for an exceptional responder to the drug everolimus (Afinitor®), a targeted therapy approved for the treatment of kidney cancer. Among a group of patients with advanced bladder cancer receiving the drug, one patient had a remarkable response compared to all others, whose conditions worsened weeks into treatment. Normally this type of outcome, in which only one patient responds, would be considered a failure. However, as the exceptional responder had a complete response to everolimus that has lasted several years and is still ongoing, Dr. Solit’s team sought to define the basis for this exquisite drug sensitivity, in the hope that this insight could aid other patients with advanced, treatment-resistant bladder cancer.

MSK became the first academic institution to perform whole-genome sequencing on an exceptional responder. This resulted in the discovery of a mutation in the gene TSC1, which is known to activate the mTOR pathway, which everolimus targets. Based on this finding, MSK researchers developed a basket study in which the drug will be offered only to patients whose tumors test positive for TSC1 mutations.

Based on MSK’s vast knowledge and experience in understanding which genetic mutations play a role in cancer, Michael Berger, PhD, Associate Director of the CMO, developed the Integrated Mutation Profiling of Actionable Cancer Targets (IMPACT) test, a new technology platform that can reliably and accurately screen for mutations in 341 cancer-associated genes. MSK plans to use the IMPACT test to help screen more than 10,000 patients each year for genetic mutations that predict for sensitivity to novel cancer therapies. This effort will also help identify new drug targets that will serve as the basis for future clinical studies.

• Since 2006, MSK has been an active participant in the Cancer Genome Atlas (TCGA), a nationwide genome sequencing effort launched by the National Cancer Institute and the National Human Genome Research Institute to create a comprehensive map of molecular changes that drive the growth and metastasis of many common cancers. MSK houses one of TCGA’s Genome Data Analysis Centers and served as the lead institution on TCGA studies of ovarian, endometrial, bladder, and renal cancers. The CMO will build upon and expand this effort to other cancer types, including rare diseases.

• In 2010, MSK conducted the first prostate cancer genome project and compiled the largest catalog to date of genetic alterations that occur in prostate cancer.

• MSK has undertaken the largest analysis of PI3KCA mutations in breast cancer to date and studied the impact of these mutations on disease outcome, which led to the development of PI3K inhibitors.

• MSK led the pivotal phase III clinical trial that led to the FDA approval in 2011 of the targeted therapy vemurafenib (Zelboraf®) for the treatment of advanced melanoma patients with a BRAF mutation. MSK also uncovered a previously unknown mechanism by which tumors can become resistant to the therapy.

The CMO’s Structure, Assets, and Goals

MSK’s CMO will bring together a number of existing researchers and facilities, as well as create new facilities and recruit new faculty. The CMO will house two next-generation sequencing facilities. One will sequence patient samples in real time, while the other will focus on the discovery of new genetic alterations and drug targets. New lab space is currently under construction and state-of-the-art instrumentation for the generation and analysis of large-scale genomic data is being purchased.

MSK’s Genomics Core Laboratory, led by CMO Associate Director Agnès Viale, PhD, will assist with the processing, automation, and sequencing of tumor samples, and bioinformatics experts will provide analysis of the data generated. In total, the CMO will include approximately 20 labs and support more than 100 MSK faculty and staff.

The CMO will work closely with MSK’s Center for Mechanism-Based Therapies (CMBT) to bring new findings into the clinic. When mutations are found, the CMBT will help translate those findings into therapies that can be tested in clinical trials. Novel trial designs, like basket studies, will be a key component of the CMO, and new clinical trial protocols are being developed to address the special needs of conducting trials based on mutations as opposed to cancer type. Of special importance to studies of the molecular underpinnings of cancer is MSK’s extensive collection of tumor samples from virtually all patients whose tumors were removed over the past 15 years. No institution in the world has a comparable collection.

Already in progress, one of the CMO’s first goals is to use the MSK-IMPACT test to sequence both healthy cells and tumor cells in all patients with metastatic disease. “We are initially focusing our efforts on those patients who most urgently need better treatments,” says Dr. Solit. “We hope to discover why their tumors spread and perhaps why they may have been predisposed to cancer in the first place. It’s likely that these discoveries will also lead to improved treatments for patients with earlier-stage disease because the same genetic markers may aid in the identification of patients who need more aggressive therapy upfront, or who can be spared certain treatments that offer no benefit.”

The CMO will also support the development of new assays including those that expand the number of genes analyzed beyond the 341 currently covered by the MSK-IMPACT test. The CMO will also develop methods that will allow for genetic profiling of tumors without the need for a biopsy by identifying mutations in DNA released by the tumor into the blood. New assays are also being explored that not only will detect mutations but also will be used to monitor therapy at the molecular level to determine more quickly whether a therapy is working.

About Memorial Sloan Kettering Cancer CenterWe are the world’s oldest and largest private cancer center, home to more than 12,000 physicians, scientists, nurses, and staff united by a relentless dedication to conquering cancer. As an independent institution, we combine 130 years of research and clinical leadership with the freedom to provide highly individualized, exceptional care to each patient. And our always-evolving educational programs continue to train new leaders in the field, here and around the world. For more information, go to www.mskcc.org. 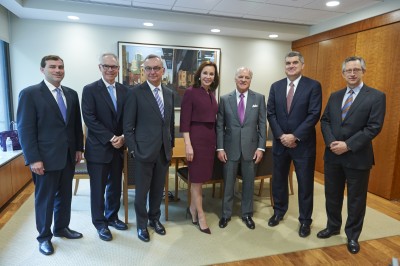 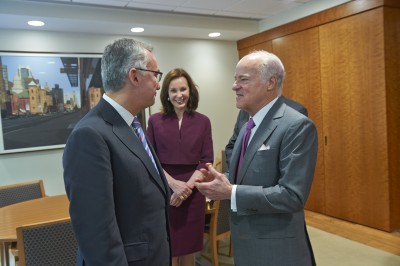 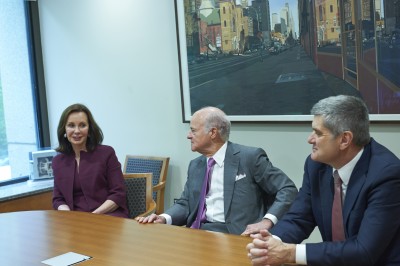 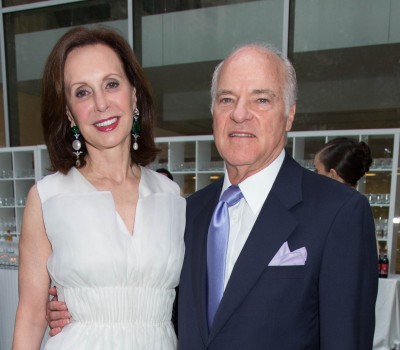 Caption: (From left to right) Marie-Josée Kravis, Chair of the Board of the Sloan Kettering Institute; Henry R. Kravis 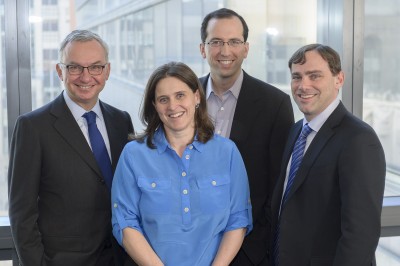