27-Jan-2020 12:00 PM EST, by Health Sciences at the University of Pittsburgh
favorite_border 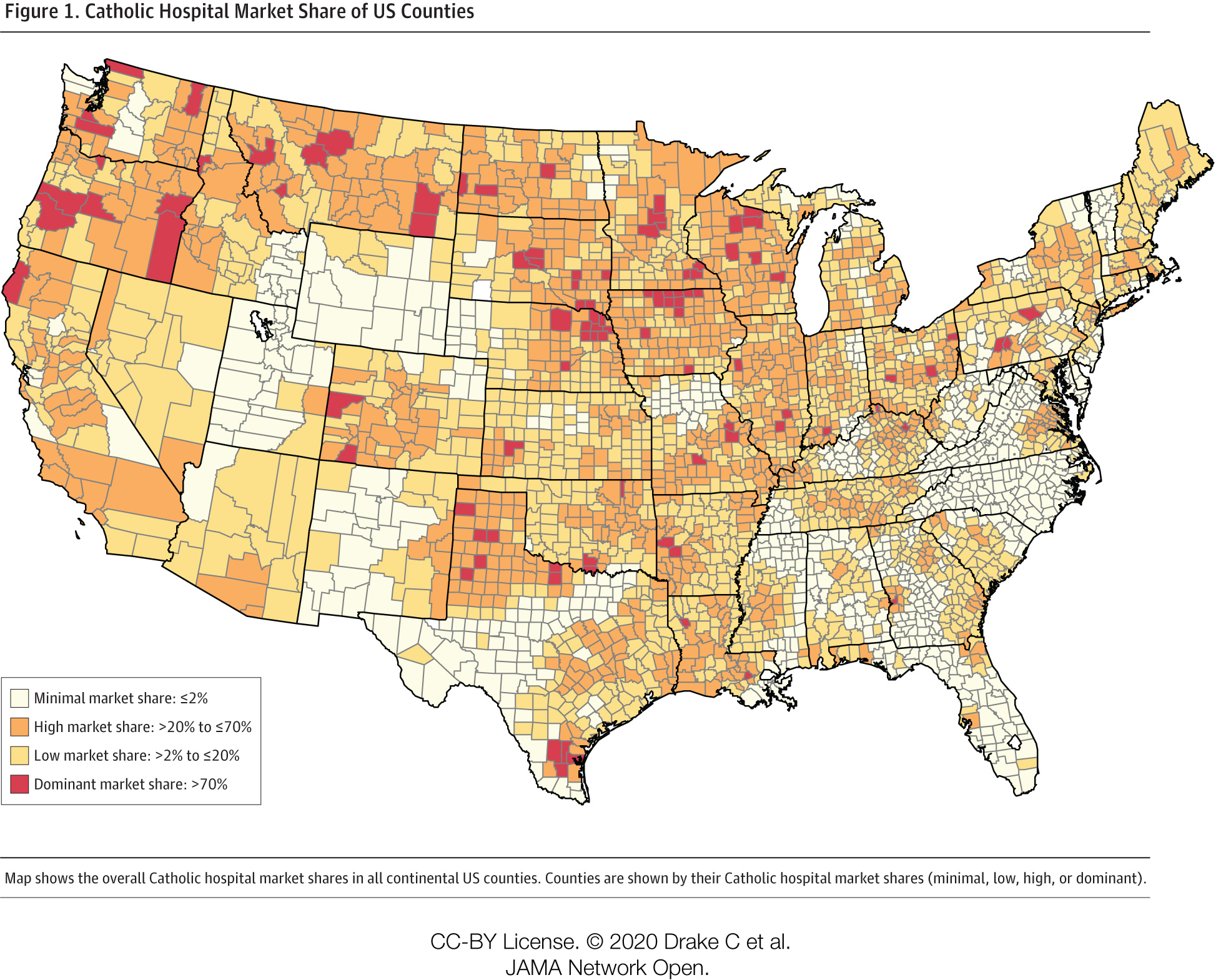 Newswise — PITTSBURGH, Jan. 29, 2020 – Nearly 2 of every 5 women of reproductive age in the U.S. live in counties where Catholic hospitals have a high market share, according to a new analysis led by researchers at the University of Pittsburgh Graduate School of Public Health. Catholic hospitals offer some family planning services, but do not provide certain reproductive health options, including contraception and infertility treatments.

However, the study, published today in JAMA Network Open, also found that Health Insurance Marketplace plans’ provider networks include a lower proportion of Catholic hospitals than counties overall indicating that women who receive health insurance through the Marketplaces should be able to access the full spectrum of reproductive health care services, should they desire it.

“Access is one thing. But if you want certain reproductive services that go beyond what the Catholic faith supports, it’s important to know that you need to seek a non-Catholic health care provider,” said co-lead author Marian Jarlenski, Ph.D., M.P.H., assistant professor in Pitt Public Health’s Department of Health Policy and Management. “While it is encouraging that Marketplace plans are providing options, it also is important to be transparent about the reproductive services that may not be available to women who go to their closest health care provider in Catholic hospital-dominated communities.”

To determine the geographic spread and market share of Catholic hospitals in the U.S., the research team crossed the 2015 American Hospital Association Annual Survey Database identifying Catholic hospitals with Medicare and Medicaid Services’ Medicare Provider Analysis and Review data to map hospital discharges. County-level demographic information was obtained from the 2016 American Community Survey. Alaska and Hawaii were excluded from the analysis due to their unique geographies.

They found that in 35% of the U.S. counties included in the analysis, Catholic hospitals have a “high” (defined as 20%–70%) or “dominant” (greater than 70%) share of the market, based on discharges. These counties are home to 38.7% of women of reproductive age and 15.8% of the people living in these counties identify as Catholic.

The Affordable Care Act contains several provisions to expand access to reproductive health services, including requiring insurers to cover the full range of U.S. Food & Drug Administration (FDA)-approved contraceptive options. And since the Marketplaces primarily insure non-elderly adults, they are an important source of insurance coverage for women of reproductive age.

Using the data they collected, the team then investigated whether, when left to their own devices, insurance plans included access to providers who offer the full range of FDA-approved contraceptives and reproductive services. To determine each hospital’s inclusion in particular health insurance plans’ provider networks, the researchers used network data from Vericred, a health care data services company.

“It turned out that Marketplace insurers do a pretty good job of offering access to reproductive health services,” Drake said. “The Catholic hospital share of Marketplace health insurer provider networks is significantly lower than their market share in the counties they serve.”

The study could not show whether people who sought access to the full range of reproductive health services were successfully getting care from non-Catholic providers. It also couldn’t look at whether women receiving Medicaid — which is the insurer for half of pregnant women in the U.S. — were able to get care from non-Catholic hospitals, if that’s what they wanted.

“Those are both studies we’d like to do in the future,” Jarlenski said. “Right now, though, our research shows that there may be a need for policies that help women easily determine the reproductive health care options available at hospitals covered by their insurance, since there’s a good chance that, for many women of reproductive age, their closest hospital may be Catholic.”

Additional authors on this research are Daniel Polsky, Ph.D., and Yuehan Zhang, Sc.M., both of Johns Hopkins University.

To read this release online or share it, visit https://www.upmc.com/media/news/012920-catholic-hospital-repro [when embargo lifts].