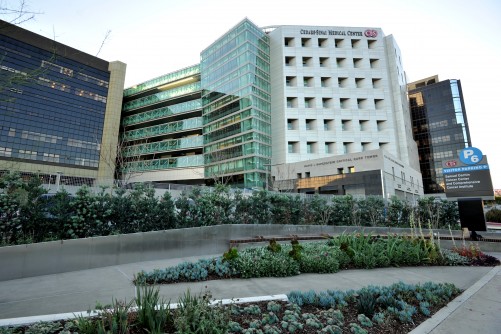 Newswise — LOS ANGELES (EMBARGOED UNTIL SEPT. 11, 2012, AT 10 A.M. EDT) – Latinos are more likely to store fat in the pancreas and are less able to compensate by excreting additional insulin, a Cedars-Sinai study shows.

The research examining overweight, prediabetic patients, published online by Diabetes Care, is part of a focus by Cedars-Sinai’s Heart Institute, Biomedical Imaging Research Institute and Diabetes and Obesity Research Institute, to identify biological measures that could help predict which patients are likely to develop type 2 diabetes.

“Prevention of diabetes is our goal,” said Richard Bergman, PhD, director of the Cedars-Sinai Diabetes and Obesity Research Institute and a lead author on the study. “Not all people who are overweight or obese and who have insulin resistance go on to develop diabetes. If we can determine who is most likely to develop diabetes and why, then we can make strides toward preventing it in those individuals.”

The study compared white, black and Latino participants, similarly overweight and who shared many of the same prediabetic symptoms. It found that Latinos stored fat in their pancreas, which was less able to produce adequate amounts of insulin as compared with white and black study participants. This may be why Latinos are at increased risk of developing Type 2 diabetes.

In chronic obesity, the adipose tissue that is designed to store fat begins to malfunction, allowing fat to spill into the pancreas, liver and skeletal muscle. Some individuals may be insulin resistant throughout their lives but never develop diabetes because their pancreas can compensate by secreting more of the metabolism-regulating hormone. In others, the pancreas cannot compensate, placing these individuals at greater risk of Type 2 diabetes.

“One of the reasons some people are at increased risk, we believe, is that fatty pancreas is unable to secrete enough insulin, which results in an individual progressing from impaired glucose tolerance to Type 2 diabetes,” said Lidia Szczepaniak, PhD, director of magnetic resonance spectroscopy at the Cedars-Sinai Heart Institute and Biomedical Imaging Research Institute. “In our study, we found Latinos were especially vulnerable, as they tended to store more fat in the pancreas and their compensatory insulin secretion was entirely suppressed.”

The Cedars-Sinai research, for which she was principal investigator, included use of a noninvasive medical imaging technique, known as magnetic resonance spectroscopy, to measure the amount of fat in organs.

According to the Centers for Disease Control and Prevention, diabetes affects 25.8 million people in the United States. An estimated 79 million Americans are prediabetic. Diabetes is the seventh leading cause of death in the United States and a major cause of heart disease and stroke.

Embargoed for release until Tuesday, Sept. 11 at 10 a.m. EDT