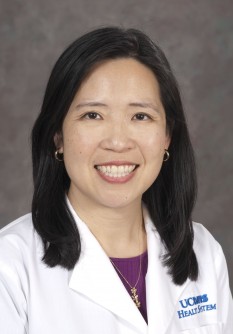 Newswise — Hmong Americans are more likely to understand the importance of colorectal cancer screening and to get screened when they’re provided information by specially trained Hmong lay health educators, new research from UC Davis has found.

The study by Elisa Tong, UC Davis associate professor of internal medicine, suggests that a culturally and linguistically appropriate intervention by trained lay health educators is effective in increasing colorectal screening in the Hmong population.

The three-year study, published today in the journal Cancer, was conducted in Sacramento, Calif., home to the third largest Hmong population in the U.S. and a group disproportionately affected by high rates of poverty and other socio-economic challenges that affect preventive health screening rates.

“Hmong Americans in the age group for colorectal cancer screening are especially vulnerable because of low levels of education and limited literacy, even in the Hmong written language,” said Tong, the Sacramento research director. “Added to that are the cultural barriers that can come with receiving Western medical care. We asked, ‘Can Hmong community members help their friends and family learn about colorectal cancer screening so that they will get screened and be up-to-date?’”

To conduct the study, Tong and the academic research team partnered with the Hmong Women’s Heritage Association, a local organization that provides services to Hmong families and helped recruit both study participants and lay health educators. The lay educators were native Hmong speakers who could also speak English and whose educational background ranged from some high school to college graduates.

The lay educators recruited study participants from their social networks and the participants were randomly assigned to control or intervention groups. The control group received education on nutrition and physical activity; those assigned to the intervention group received education on colorectal cancer prevention information by the lay health educator. All of the 329 study participants were surveyed before the first education session about their health status, awareness of colorectal cancer screening and whether they had ever been screened.

At the end of the six-month education period, participants were given follow-up surveys to gauge improvement in awareness and/or use of preventative measures. Researchers found that the intervention group had significantly greater increases in awareness about colorectal cancer screening methods than did the control group. Most importantly, more participants in the intervention group reported being screened for colorectal cancer for the first time and for being up to date on screening than the control group participants.

“The study helped resolve a lot of common beliefs and opened doors to introducing cancer prevention education to the Hmong community,” said Penny Lo, project coordinator with the Hmong Women's Heritage Association and a study co-author. “Lay health educators have access to the community because of family or church relations that even nonprofit organizations can't normally reach.”

While the study sheds light on an effective approach to increase screening rates, Tong, who is also affiliated with the UC Davis Comprehensive Cancer Center, said much work remains to reduce screening disparities, including challenges around access to screening and care. The study, “Lay Health Educator Education Increases Colorectal Cancer Screening among Hmong Americans: a Cluster Randomized Controlled Trial,” was funded by the National Cancer Institute (NCI), grant No. U54 CA153499, and administered through AANCART, the NCI's National Center for Reducing Asian American Cancer Health Disparities. Research and data collection assistance was provided by the Hmong Women’s Heritage Association in Sacramento, Calif. Tung Nguyen, professor of medicine at the University of California, San Francisco (UCSF) served as the research principal investigator.