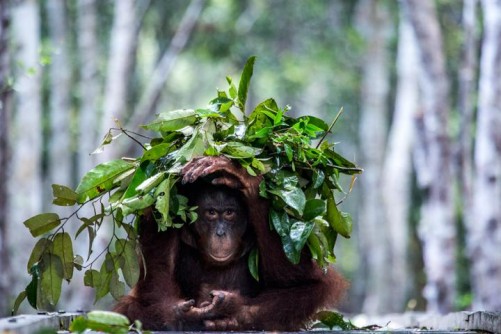 An orangutan builds an umbrella against the rain. Efficient and intelligent behavior that can be explained by new research from Stockholm University and Brooklyn College. 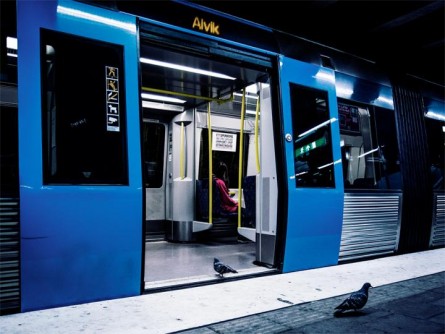 A pigeon takes the subway instead of flying. Efficient and intelligent behavior can be explained by new research from Stockholm University and Brooklyn College.

Newswise — The fact that animals can use tools, have self-control and certain expectations of life can be explained with the help of a new learning model for animal behaviour. Researchers at Stockholm University and Brooklyn College have combined knowledge from the fields of artificial intelligence, ethology and the psychology of learning to solve several problems concerning the behaviour and intelligence of animals.

Animals are often very effective; an oystercatcher opens mussels quickly, a baboon takes every opportunity to steal food from tourists or a rat navigates with ease between the bins in a park. Previously these behaviours have been considered to be inherited instincts, even though it is well known that animals have great learning abilities. Researchers from Stockholm University and Brooklyn College have now created an associative learning model that explains how effective behaviours can arise. This means that an animal does not only learn that the last step of a behaviour chain, the one that is rewarding, is valuable. An animal can learn that all steps towards the reward are valuable.

"Our learning model may also explain how advanced behaviours are created at an individual level. Behaviours like self-control, chimpanzee tool use as well as other phenomena like animals having certain expectations of live", says Magnus Enquist, professor of ethology at Stockholm University. "Similar models are used in the field of artificial intelligence, but they have been ignored in animal studies."

Since the 1970s it has been known that animals weigh the cost of a certain behaviour against the profit and that they, to a high degree, make optimal decisions, which is assumed to be genetically determined. The research group's new model deals not only with learning, it also takes into account the idea that what animals are able to learn can be genetically regulated.

"Young animals are often a bit clumsy, while adult animals are extremely skilled. A small cub does not even consider a vole as food, while an adult fox is an expert vole catcher", says Johan Lind associate professor of ethology at Stockholm University. "Our model shows how genetic regulation of learning can influence the development of species-specific behaviour and intelligence since evolution can affect curiosity and the speed of learning among other things."

"Many learning models can explain optimal behaviour, but to explain counterproductive behaviour an understanding of the mechanisms of the behaviour is needed. Using our model, we manage to explain why animals get stuck in suboptimal behaviour. Like a hamster running in its hamster wheel despite having food next to it. Our model has captured fundamental aspects of learning", says Stefano Ghirlanda, professor of psychology at Brooklyn College in New York.

Magnus Enquist, professor of ethology at Stockholm University and director of the Centre for the study of Cultural Evolution, magnus.enquist@intercult.su.se, phone: +46 8 16 40 55

This research is part of the project From Nature to Culture, funded by the Knut and Alice Wallenberg Foundation. 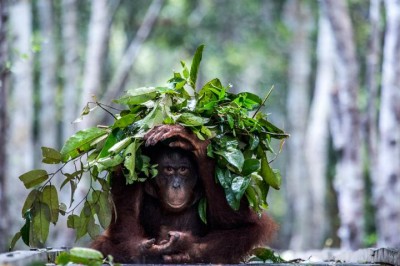 Caption: An orangutan builds an umbrella against the rain. Efficient and intelligent behavior that can be explained by new research from Stockholm University and Brooklyn College. 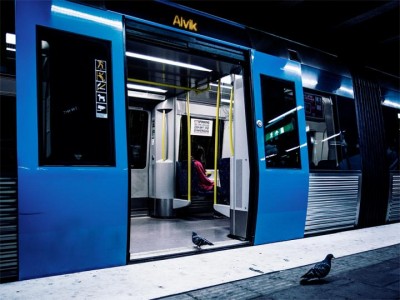 Caption: A pigeon takes the subway instead of flying. Efficient and intelligent behavior can be explained by new research from Stockholm University and Brooklyn College.