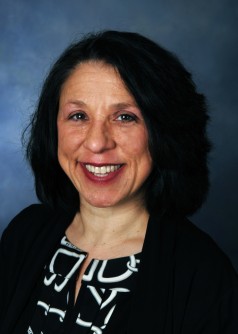 Newswise — The rate of college campus sexual assaults has received substantial publicity. What hasn’t been discussed is that the majority of these assaults occur in college dorms and residence halls, says an expert who has studied and written about legal issues related to sexual assault.

April is national sexual assault awareness and prevention month. The national dialogue should include conversations about where campus assaults occur, said Andrea Curcio, professor of law at Georgia State University’s College of Law.

A federal law, The Clery Act, requires colleges and universities to compile an annual report on the crimes occurring on campus, including sexual assaults. Clery Act data indicates the vast majority of college sexual assaults happen in on-campus residential housing. For Clery Act reporting purposes, on-campus residential housing encompasses both dorms and sorority and fraternity houses. The public might assume that most reported assaults occurred in fraternity houses, but Curcio explained that other studies indicate that is not the case.

Other studies show that when it comes to college sexual assaults, the assailant is most often the victim’s friend or acquaintance, the majority of assaults happen when one, or both, parties have consumed alcohol, and the most dangerous time for young women is in the first two months of their freshman year.

“Parents and students often associate alcohol use with parties, and particularly fraternity parties. But rarely is the connection made about what happens when a student returns to the dorm after those parties,” Curcio said.

Considering the prevalence of sexual assaults occurring in college dorms, often at the start of freshman year, Curcio suggests that college summer orientation programs include education about dorm-based assaults and appropriate preventative measures.

“It’s important for colleges to pay attention to where assaults occur, so they can make targeted prevention measures,” Curcio said. “It’s also important that information about dorm-based assaults becomes publicly known so that parents can have conversations with their sons and daughters about this issue.” Andrea A. Curcio has written about sexual violence and sexual harassment and served as a reporter for the Georgia Supreme Court Equality Commission when it examined how the Georgia justice system could improve its treatment of sexual violence victims.

For more information about the professor, visit http://law.gsu.edu/profile/andrea-curcio/.