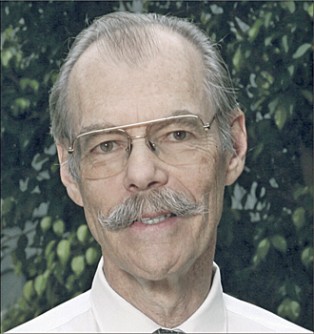 Leon Thal, MD, who died 10 years ago, is remembered for his "commitment and passion to improve the lives of those touched by dementia" by Howard Feldman, MDCM.

Newswise — Leon Thal (1944-2007) was among the early giants of Alzheimer’s disease research and treatment. His untimely death in a plane crash 10 years ago this month was a loss felt around the world, but perhaps nowhere more keenly than in San Diego.

Ten years ago, on Saturday, February 3, 2007, the world lost one of its great researchers and innovators in the fight against Alzheimer’s disease, Leon Thal, MD.

He was a Distinguished Professor, chair of the Department of Neurosciences at UC San Diego School of Medicine, director of the Shiley-Marcos Alzheimer’s Disease Research Center, and director of the Alzheimer Disease Cooperative Study. For those who had the opportunity and joy of knowing him, Thal’s brilliance, commitment and passion to improve the lives of those touched by dementia and Alzheimer’s disease were undeniable, powerful and compelling.

Thal believed prevention of Alzheimer’s disease was the most powerful and direct way to lessen the pain and suffering of those affected. He engineered deep and enduring commitments toward that goal through the UC San Diego School of Medicine and campus-wide neuroscience initiatives that remain as strong and resolute today as they were a decade ago.

Thal’s entire career was devoted to the study of aging and dementia. He published more than 300 peer-reviewed papers. He was the epitome of the physician-scientist, maintaining an active practice, mentoring dozens of postdocs in his lab and leading numerous clinical trials that, among other things, resulted in a new class of FDA approved drugs to enhance memory in patients with Alzheimer’s disease.

Thal’s once-radical idea that Alzheimer’s disease could be prevented is now accepted wisdom, with clinical trials, which he so strongly championed and imaginatively conceived, advancing briskly. While we deeply miss his daily inspiration, we find hope and direction from his pioneering efforts, which have resulted in colleagues now being able to identify the preclinical stages of Alzheimer’s Disease long before symptoms are expressed, of the pathology of the disease visualized in living brains through positron emission tomographic studies, and by the emergence of new, diverse approaches — all aimed at finding effective disease intercession.

The goal of prevention feels immeasurably closer than it did on the fateful day when Leon died. For those who knew him, Leon possessed a rare mix of kindness, tireless energy and relentless commitment to removing barriers. He saw no limits. We should emulate his example.

I encourage you to share your thoughts on this 10th year anniversary of his death, both for what Leon meant to you and science — and how his life and labors continue to inspire and lead.