Licorice May Block Effectiveness of Drug Widely Used by Transplant 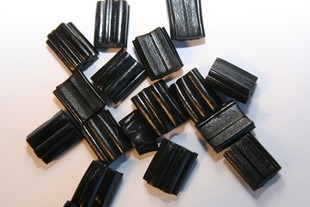 Licorice may block the effectiveness of cyclosporine, a drug widely used by transplant patients.

Newswise — Chemists in Taiwan are reporting that an ingredient in licorice — widely used in various foods and herbal medicines — appears to block the absorption of cyclosporine, a drug used by transplant patients to prevent organ rejection. This drug interaction could potentially result in transplant rejection, causing illness and even death among patients worldwide who take cyclosporine and licorice together, the researchers caution.

The study is the first report of this potential drug interaction, the scientists say. Their findings will be presented here today at the American Chemical Society's 237th National Meeting.

The researchers say they do not know exactly how much licorice it takes to have a toxic effect in humans. Since licorice-based products vary widely in their content of its main active ingredient, a substance called glycyrrhizin, Chao suggests that patients taking cyclosporine avoid licorice altogether. Thousands of patients also take cyclosporine for rheumatoid arthritis, certain skin conditions, and other diseases. Researchers have known for years that certain medications, foods, and herbs can reduce levels of cyclosporine in the body and should be avoided when taking that immunosuppressant drug. These include St. John's wort, quercetin (an ingredient found in onions and other plants that's also a dietary supplement), onions, ginger, and ginkgo. Other studies show that some substances, such as grapefruit juice, can actually boost cyclosporine levels. Now, it appears that licorice will join the growing list of substances that reduce the absorption of cyclosporine, the researchers say.

In the new study, Chao and colleagues fed cyclosporine to laboratory rats with and without various doses of pure glycyrrhizin and natural licorice extract. Much to the scientists' surprise, levels of cyclosporine dropped in the animals fed licorice or glycyrrhizin.

The researchers are trying to find out why licorice interferes with cyclosporine. Chao says there are no known scientific reports linking consumption of licorice to ill effects in transplant patients. Doctors, however, have not been looking for such a link, she added. The government of Taiwan funded the research through the Committee of Chinese Medicine and Pharmacy, Ministry of Health, R.O.C.

Licorice is a popular herb that has been used in food and medicines for thousands of years. Its active ingredient, glycyrrhizin, is 50 times sweeter than sugar, leading to herb's popular use in candy, herbal teas, and other foods. Some alternative health care providers use licorice root to treat a wide range of illnesses, including the common cold, stomach ulcers, and liver disease.

The new study adds to a growing number of reports indicating that licorice can trigger potentially dangerous drug interactions. Other studies have shown that licorice can interfere with the effectiveness of high blood pressure medications, aspirin, anti-inflammatory drugs, insulin and oral contraceptives. Chao and colleagues say patients should check with their doctor before consuming licorice with any critical drugs that might trigger unhealthy interactions.

The American Chemical Society is a nonprofit organization chartered by the U.S. Congress. With more than 154,000 members, ACS is the world's largest scientific society and a global leader in providing access to chemistry-related research through its multiple databases, peer-reviewed journals and scientific conferences. Its main offices are in Washington, D.C., and Columbus, Ohio.