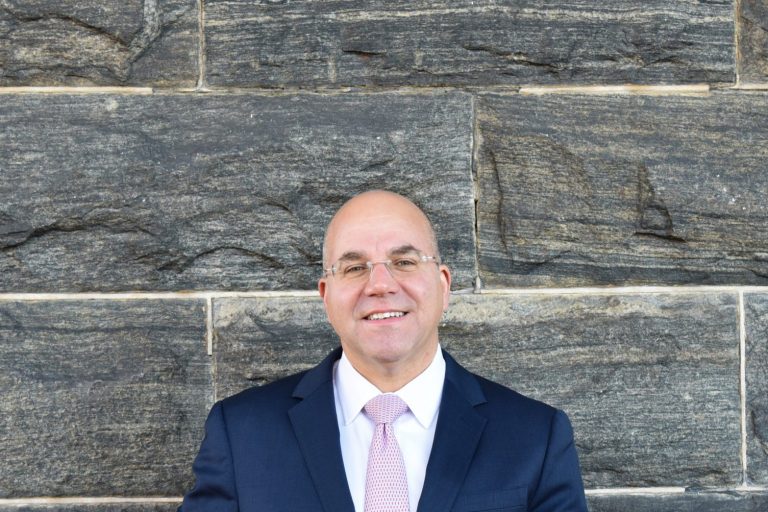 Daniel Blum will join LifeBridge Health in April 2019 at president of Sinai Hospital of Baltimore and Grace Medical Center. 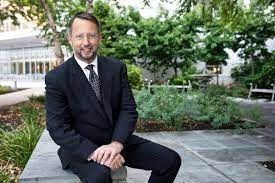 Dr. Jonathan Ringo will be stepping down as president of Sinai Hospital of Baltimore to become president of Verappo, a start-up telemedicine company.

Newswise — Baltimore – January 8, 2020  LifeBridge Health today announced that Daniel Blum will join the organization in April as the president of Sinai Hospital of Baltimore and Grace Medical Center, taking over responsibilities from Jonathan Ringo, M.D., who will step away from his position to become the founder and chief executive officer of a new telemedicine company.

Dr. Ringo and Dan Blum will work together for several months to ensure a smooth transition, with Dr. Ringo expected to step down this summer. Blum joins LifeBridge Health from Northwell Health’s Phelps Hospital in Sleepy Hollow, New York where he is president and chief executive officer.

“As we wish Dr. Ringo well in his new venture, we are thrilled to have found such a strong and seasoned healthcare leader to carry on Sinai’s mission. With Dan’s experience, knowledge and leadership, along with his passion for community and healthcare quality, we are excited about the future of LifeBridge Health’s flagship hospital,” says Neil Meltzer, president & CEO of LifeBridge Health.

“LifeBridge Health is a mission-focused organization that cares not only about managing illness, but also about proactively trying to assist communities in maintaining wellness and improving people’s lives. I look forward to joining the amazing teams at Sinai Hospital and Grace Medical Center and working together to build on their well-earned reputation for providing high-quality, compassionate care along with the community initiatives that make a difference in a meaningful way,” says Blum.

Dr. Ringo has been playing a leading role in the selection of his successor. As he begins his new venture, Dr. Ringo plans to remain involved with Sinai Hospital’s medical education program and, as a practicing OB/GYN, may take occasional shifts on the Labor & Delivery unit, as he has done during his hospital presidency.

“Sinai is truly a second home to me. I did my training here, and many of my family members were born here; and it has been an honor to work alongside this talented and caring group of medical professionals at Sinai. I know that our team, our patients and our communities will be in the best of hands with Dan Blum, and I look forward to working with Dan through this transition,” adds Dr. Ringo.

“On behalf of the Sinai Hospital Board of Directors, I would like to thank Dr. Ringo for his leadership and service, as well as extend our sincere appreciation to him for staying on to ensure that Dan Blum has a strong start as he joins our organization. As we searched for our new president, Dan was our top choice, a smart and engaging leader who appreciates Sinai’s history and commitment to quality care, and who sincerely believes in Sinai’s mission of healing and caring,” says Greg Rochlin, chairman of the Sinai Hospital Board of Directors.

Blum began his career as a paramedic and emergency management system supervisor before transitioning to hospital administration in the New York City area. He has experience in management in both urban and suburban hospitals. He earned a bachelor’s degree in philosophy and a master’s degree in healthcare administration, both from New York University.

In his new role, Blum will serve as senior vice president of LifeBridge Health, along with being president of Sinai Hospital and Grace Medical Center (recently renamed from Bon Secours Baltimore Hospital).

“As we look to bring expanded medical specialties to Grace Medical Center, many of these services will come from Sinai, given the proximity of the two facilities. Additionally, Dr. Ringo has also played a key role in the preliminary plans for Grace Medical Center, so we wanted to keep that continuity as Dan joins our organization,” says Meltzer.

Dr. Ringo joined LifeBridge Health in 2014 (also from Northwell Health) as LifeBridge Health’s first chief medical information officer and then became the system’s vice president of clinical transformation to oversee system-wide case management, population health, medical informatics and ambulatory quality. In January 2017, he became interim president of Sinai and took over the position permanently in May of that same year.

Blum joins Sinai Hospital in a period of growth for the organization, including the recent acquisition of Grace Medical Center and plans for development at a site adjacent to the Pimlico racecourse.

Caption: Daniel Blum will join LifeBridge Health in April 2019 at president of Sinai Hospital of Baltimore and Grace Medical Center.