Watch Suzana Herculano-Houzel explain why lifespan and sexual maturity is more dependent on the neurons in your brain, than your body. 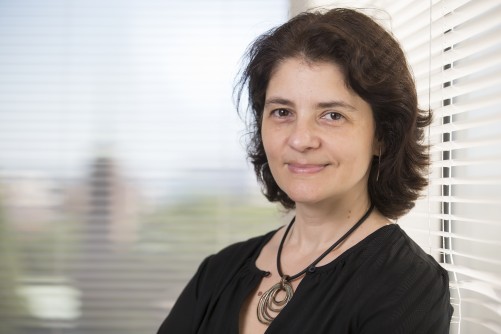 Newswise — New Vanderbilt research finds how long humans and other warm-blooded animals live—and when they reach sexual maturity— may have more to do with their brain than their body. More specifically, it is not animals with larger bodies or slower metabolic rates that live longer; it is animals with more neurons in the cerebral cortex, whatever the size of the body.

“Whether you’re looking at birds or primates or humans, the number of neurons that you find in the cortex of a species predicts around 75 percent of all of the variation in longevity across species,” said study author associate professor of psychology and biological sciences Suzana Herculano-Houzel.

Body size and metabolism, in comparison, which are the usual standards for comparing animals, only predicted between 20-30 percent of longevity depending on species, and left many inconsistencies, like birds that live ten times longer than mammals of same size.

Most importantly, humans were considered to be a “special” evolutionary oddity, with long childhood and postmenopausal periods. But this research, published in the Journal of Comparative Neurology, finds that’s not accurate. Humans take just as long to mature as expected of their number of cortical neurons – and live just as long as expected thereafter.

In the study, Herculano-Houzel examined more than 700 warm-blooded animal species from theAnAge database which collects comprehensive longevity records. She then compared these records with her extensive data on the number of neurons in the brains of different species of animals.

Her new analysis confirmed her suspicion: that longevity increases uniformly across warm-blooded species together with the absolute number of neurons in the cerebral cortex.

“The more cortical neurons a species has, the longer it lives – doesn’t matter if it is a bird, a primate or some other mammal, how large it is, and how fast it burns energy”, says Herculano-Houzel.

Anthropologists and researchers interested in evolution and human behavior have been working under the assumption that one of the ways the human species is unique is that humans have an uncommonly long childhood and adolescent period to allow for learning and social interactions. If larger animals live longer, then gorillas should live longer than humans – but they don’t: humans outlive them. One favored hypothesis is that being cared for by grandmothers could have led humans to delayed sexual maturity and increased postmenopausal longevity beyond the expected.

But Herculano-Houzel’s new data show that humans are not an exception from other mammalian species. Given the number of neurons in our cortex, humans take as long as they should to reach sexual maturity – and live just as long as expected for their number of neurons. Body size, it turns out, is irrelevant in matters of longevity.

“Now we can say that humans spend just as long in childhood and live exactly as long after reaching maturity as you would expect for the number of neurons in our cerebral cortex,” said Herculano-Houzel.

Which is longer, compared to other species – gorillas included –simply because humans have the most neurons in the cerebral cortex.

“It makes sense that the more neurons you have in the cortex, the longer it should take a species to reach that point where it's not only physiologically mature, but also mentally capable of being independent,” says Herculano-Houzel. “The delay also gives those species with more cortical neurons more time to learn from experience, as they interact with the environment.”

And if longer lives also accompany more cortical neurons, those species will also enjoy a greater overlap between generations, and so more opportunities to pass along what they learned.

“Which means that grandma is still fundamental in the lives of those with plenty of cortical neurons; she’s just probably not the reason why our species is long-lived,” argues Herculano-Houzel.

FUNCTION OF THE CORTEX

What is the link between having more neurons in the cortex and living longer lives? Herculano-Houzel says that’s the new big question researchers need to tackle.

“The data suggest that warm-blooded species accumulate damages at the same rate as they age. But what curtails life are damages to the cerebral cortex, not the rest of the body; the more cortical neurons you have, the longer you will still have enough to keep your body functional”, she says.

Contrary to the rest of the body, which gets new cells that replenish old ones, cortical neurons are thought to have to last a lifetime.

While the cortex is usually associated with cognition, Herculano-Houzel believes a much more basic function of the cortex is key to longevity.

“The cortex is the part of your brain that is capable of making our behavior complex and flexible, yes, but that extends well beyond cognition and doing mental math and logic reasoning,” said Herculano-Houzel. “The cerebral cortex also gives your body adaptability, as it adjusts and learns how to react to stresses and predict them. That includes keeping your physiological functions running smoothly and making sure your heart rate, your respiratory rate, and your metabolism are on track with what you're doing, with how you feel, and with what you expect to happen next. And that, apparently, is a key factor that impacts longevity,” she adds.

Herculano-Houzel pioneered the method for rapidly and accurately measuring the number of neurons in brains. She creates “brain soup” by taking brain tissue and breaking down the cells, then applying fluorescent tags to the nuclei floating in the “brain soup” and counting them.

In collaboration with Vanderbilt Distinguished Professor of Psychology Jon Kaas, she studied how many neurons compose different primate brains, including great apes. With colleagues in Brazil, she produced the first accurate count of the number of neurons in the human brain—an average 86 billion, which makes it simply an enlarged primate brain.

TAKE CARE OF YOUR BRAIN!

Aging starts once humans and other species reach adolescence, and there’s no way to gain back neurons. In fact, research shows humans can lose neurons in the prefrontal cortex. So Herculano-Houzel says taking good care of your mind, and keeping those cortical neurons healthy and busy, is the best bet to live long and well.