Lightning 'Superbolts' Form Over Oceans From November to February 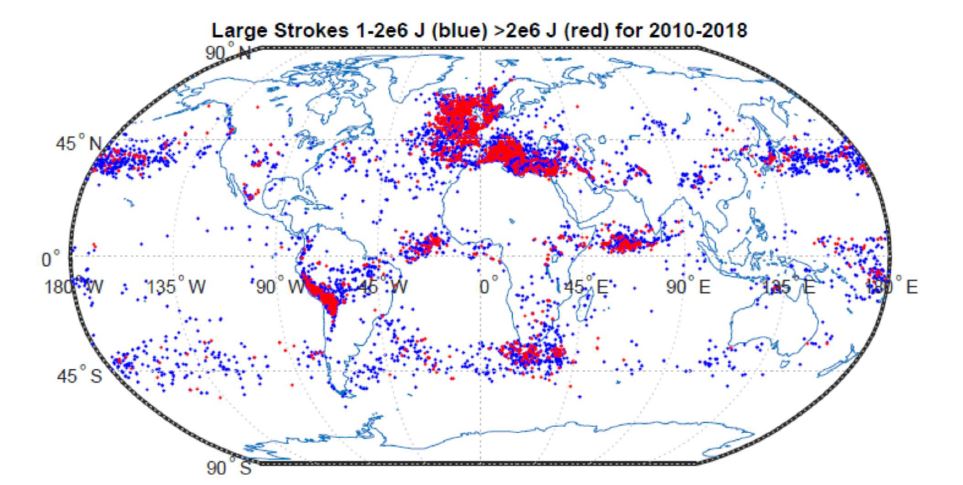 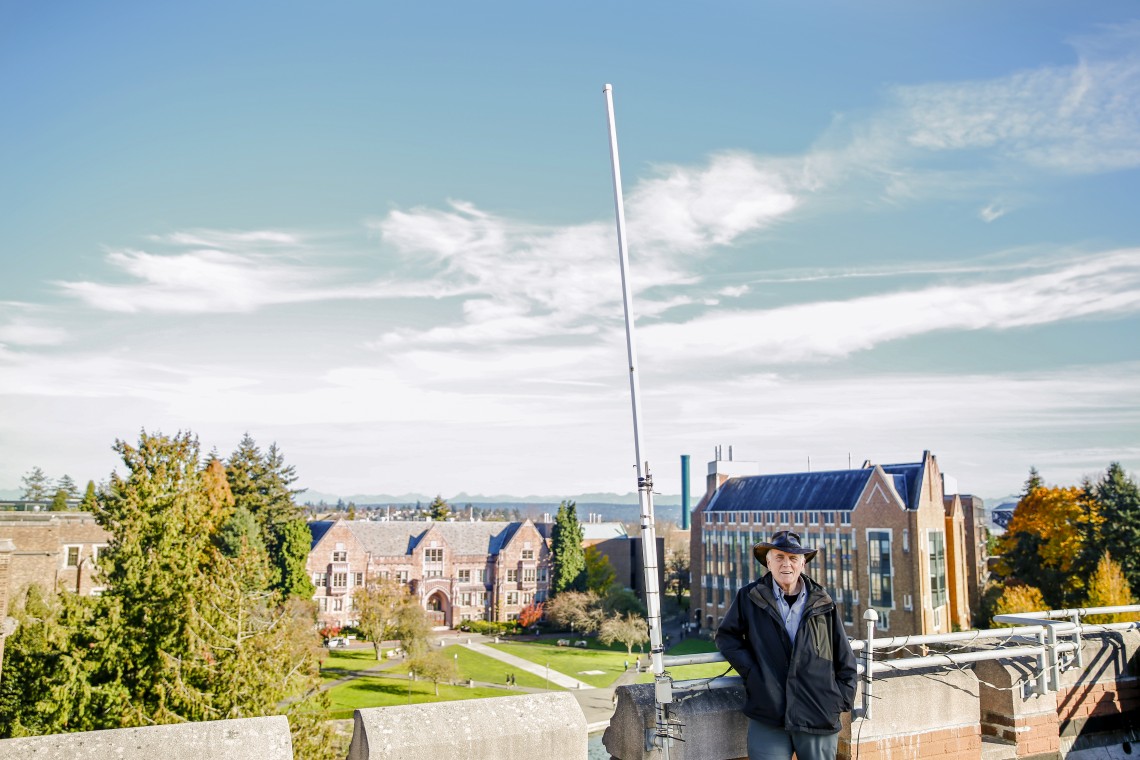 Robert Holzworth stands on top of the UW’s Johnson Hall with the test lightning sensor. The pipe contains an antenna that detects frequencies generated by lightning. Seattle’s actual detector is on the roof of a neighboring building. 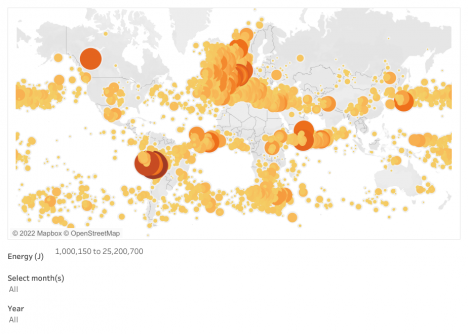 The lightning season in the Southeastern U.S. is almost finished for this year, but the peak season for the most powerful strokes of lightning won't begin until November, according to a newly published global survey of these rare events.

A University of Washington study maps the location and timing of "superbolts" — bolts that release electrical energy of more than 1 million Joules, or a thousand times more energy than the average lightning bolt, in the very low frequency range in which lightning is most active. Results show that superbolts tend to hit the Earth in a fundamentally different pattern from regular lightning, for reasons that are not yet fully understood.

The study was published Sept. 9 in the Journal of Geophysical Research: Atmospheres, a journal of the American Geophysical Union.

"It's very unexpected and unusual where and when the very big strokes occur," said lead author Robert Holzworth, a UW professor of Earth and space sciences who has been tracking lightning for almost two decades.

Holzworth manages the World Wide Lightning Location Network, a UW-managed research consortium that operates about 100 lightning detection stations around the world, from Antarctica to northern Finland. By seeing precisely when lightning reaches three or more different stations, the network can compare the readings to determine a lightning bolt's size and location.

The network has operated since the early 2000s. For the new study, the researchers looked at 2 billion lightning strokes recorded between 2010 and 2018. Some 8,000 events — four millionths of a percent, or one in 250,000 strokes — were confirmed superbolts.

"Until the last couple of years, we didn't have enough data to do this kind of study," Holzworth said.

The authors compared their network's data against lightning observations from the Maryland-based company Earth Networks and from the New Zealand MetService.

The new paper shows that superbolts are most common in the Mediterranean Sea, the northeast Atlantic and over the Andes, with lesser hotspots east of Japan, in the tropical oceans and off the tip of South Africa. Unlike regular lightning, the superbolts tend to strike over water.

"Ninety percent of lightning strikes occur over land," Holzworth said. "But superbolts happen mostly over the water going right up to the coast. In fact, in the northeast Atlantic Ocean you can see Spain and England's coasts nicely outlined in the maps of superbolt distribution."

The time of year for superbolts also doesn't follow the rules for typical lightning. Regular lightning hits in the summertime — the three major so-called "lightning chimneys" for regular bolts coincide with summer thunderstorms over the Americas, sub-Saharan Africa and Southeast Asia. But superbolts, which are more common in the Northern Hemisphere, strike both hemispheres between the months of November and February.

The reason for the pattern is still mysterious. Some years have many more superbolts than others: late 2013 was an all-time high, and late 2014 was the next highest, with other years having far fewer events.

"We think it could be related to sunspots or cosmic rays, but we're leaving that as stimulation for future research," Holzworth said. "For now, we are showing that this previously unknown pattern exists."

Co-authors are research associate professor Michael McCarthy and senior research scientist Abram Jacobson at the UW; and James Brundell and Craig Rodger at the University of Otago in New Zealand. The research was funded by the UW.

Caption: The dots represent superbolts, lightning with an energy of at least 1 million Joules. Red dots are particularly large superbolts, with an energy of more than 2 million Joules. Superbolts are most common in the northeast Atlantic and the Mediterranean Sea, with smaller concentrations in the Andes, off the coast of Japan, and near South Africa.

Caption: Robert Holzworth stands on top of the UW’s Johnson Hall with the test lightning sensor. The pipe contains an antenna that detects frequencies generated by lightning. Seattle’s actual detector is on the roof of a neighboring building.