High-strength, lightweight steels can finally be processed on an industrial scale, thanks to a breakthrough in controlling undesired brittle stages from production, by WMG, University of Warwick. 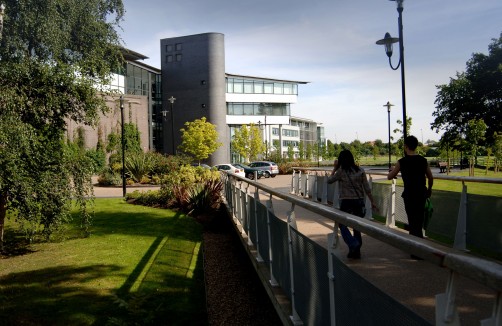 Newswise — High-strength, lightweight steels can finally be processed on an industrial scale, thanks to a breakthrough in controlling undesired brittle stages from production, by WMG, University of Warwick.

Dr Alireza Rahnama has developed a new processing route which allows low density steel-based alloys to be produced with maximum strength, whilst remaining durable and flexible– something which has been largely impossible until now.

During production, two brittle phases can occur in these steels: kappa-carbide (k-carbide) and B2 intermetallic – which make the steels hard but limits their ductility, so they are difficult to roll.

Through simulation and then experimentation, the WMG researchers found that at certain high annealing temperatures, these brittle phases can become much more controllable, allowing the steels to retain their ductility.

Between 900°C to 1200°C, the k-carbide phase can be removed from production, and the B2 intermetallic brittle phase can become manageable – forming in a disk-like, nano-sized morphology, as opposed to a coarser product which forms at lower temperatures.

Current processes for strengthening lightweight steels make them less flexible – and therefore less marketable - but thanks to Dr Rahnama’s research, this is set to be a problem of the past.

The breakthrough could lead to a revolution in safer, greener, more fuel-efficient cars.

Vehicles made of stronger and lighter materials are safer for drivers, emit less CO2 and consume less fuel - and more malleable steels will allow manufacturers to form car parts into desirable, streamlined shapes.

“Alloys with higher strength and ductility could alleviate some of these concerns by reducing weight and improving energy efficiency. Lightweight steels are one of the candidates to address these concerns.

“Most metallurgical mechanisms for increasing strength lead to ductility loss, an effect referred to as the strength-ductility trade-off. This paper studies the kinetics and thermodynamics of microstructural evolution of lightweight steels through simulations and experiments and proposes a mechanism to achieve higher strength and larger ductility; a method that can be readily adopted by industry.”

The research, ‘Effect of Ni alloying on the microstructural evolution and mechanical properties of two duplex light-weight steels during different annealing temperatures: experiment and phase-field simulation’, is published in Acta Materialia.

It is co-authored by Dr Hiren Kotadia and Professor Sridhar Seetharaman.

The project is funded by the WMG centre High Value Manufacturing (HVM) Catapult.