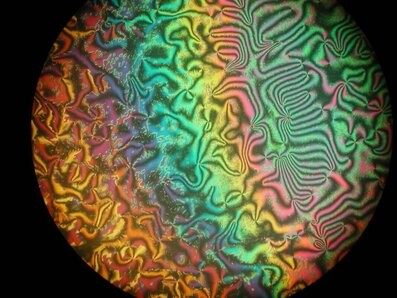 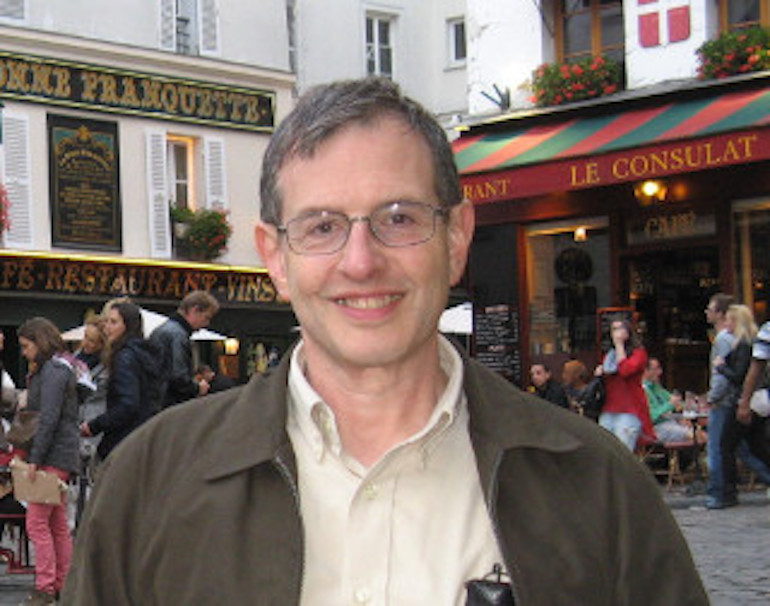 Newswise — CLEVELAND--Charles Rosenblatt, professor of Physics and Macromolecular Science and holder of the Ohio Eminent Scholar endowed chair at Case Western Reserve University, was recently awarded a three-year, $497,000 NSF grant for a project entitled "Liquid Crystals as a Paradigm for Chirality and Topological Defects.”

This newest NSF-funded work is in collaboration with, a group at the Hebrew University of Jerusalem, Israel, including chemistry professors David Avnir, Raed Abu-Reziq, and Ruthy Sfez. It focuses on chirality in liquid crystals—that is, the absence of mirror symmetry.

This chirality results in a twist of the molecules, such as in sugars and DNA.  To imagine that, “think here about Alice Through the Looking Glass,” Rosenblatt said.

“One of the things we’re trying to do is to create what amounts to a chiral dipole,” he said. “That is, a dipole that is not electric nor magnetic, but rather the result of that lack of mirror symmetry. We’re building a nanoscopic structure that has not been built before. We haven’t yet succeeded, but we’re getting closer.”

Rosenblatt’s group also is investigating how liquid crystals might allow for a  display screen to hold its image indefinitely—even without a power source.  This approach is based on the creation of “topological defects,” naturally-occurring objects that are found throughout nature where the properties of the system become undefined at a point or along a line.

“The field of soft matter has been a font for new ideas and new technologies for a long time,” Rosenblatt said. “It’s always a thrill seeing something that no one has seen before. One never knows where this could lead.”

Rosenblatt’s quest to understand more fully the properties and possibilities of soft condensed materials such as liquid crystals has drawn remarkable and virtually continuous support from the National Science Foundation (NSF) for more than a third of a century.

His most recent award will allow him to dig even more deeply into a research area for which his current series of NSF grants began in 1986, just before coming to Case Western Reserve.

And when completed in 2022, the research will also have extended by another three years a virtually uninterrupted, more than 35-year string of single-investigator NSF research grants for his hallmark work on liquid crystals. (Even during a brief six-week gap that began in late 1999, as one grant expired and another had not yet commenced, Rosenblatt was still using carryover funding to keep his lab’s research going.)

Liquid crystals today are seen in a wide range of applications, from LCD televisions and computer monitors to outdoor signage. The now ubiquitous technology that replaced much bulkier cathode ray tube displays sprang from decades of research into the properties of these types of fluids.

The range of research also extends to the nanocontrol of soft condensed materials, magnetic levitation of liquids to simulate microgravity conditions, and the structure of self-assembling biological systems, among other areas.

The work has been funded by the  NSF, NASA, the U.S. Department of Energy, industry and various state, federal and international sources, including the French Foreign Ministry and the U.S.-Israel Binational Science Foundation.

Rosenblatt also received a Fulbright scholarship to France in 2010 and a Lady Davis Trust fellowship to Israel in 2018, as well as CWRU’s inaugural Distinguished Faculty Research Award in 2013.